Kannur, a sleepy coastal district in the scenic south Indian state of Kerala, has metamorphosed into a hotbed of political bloodshed in the past few decades. Even as India heaves into the age of technology and economic growth, the town has been making it to the national news for horrific crimes and brutal murders with sickening regularity.

What makes this region so susceptible to vendetta politics and such deadly violence? How is it an anomaly in Kerala, the state with the highest social development parameters in India? Born in Kannur and brought up amidst some of the tallest political leaders of the state, author Ullekh N P delves into his personal experiences while drawing a modern-day graph that charts out the reasons, motivations and the local lore behind the turmoil.

The RSS and the undivided communist party had one thing in common: both faced bans, arrests and persecution in 1948. For the RSS, it followed the assassination of Mahatma Gandhi by Nathuram Godse, a former RSS worker. For the communists, it was the Calcutta Thesis of B.T. Ranadive that landed them in a soup.

At the time of its proscription, Kerala consisted of three regions: the British-ruled Malabar; and the two princely states of Kochi and Travancore. Kerala then had only twenty-one shakhas, the basic units of the organization, which typically meet daily. Of these, four shakhas were in the undivided Kannur comprising the present-day Kasaragod district in the northernmost part. These four were in Kasaragod, Kanhangad, Kannur and Thalassery. While the RSS faced an eighteen-month ban, the CPI was effectively banned from 1948–51 in all its major strongholds. Communist leaders later maintained that the ‘Left-adventurist strategical-tactical and organizational line’ adopted at the second congress of the CPI in 1948 was erroneous. 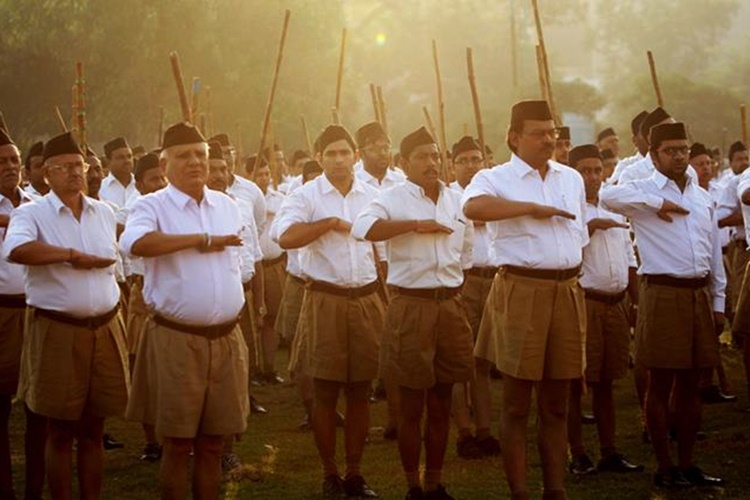 Interestingly, in the Kerala region, hostilities between the Left and the right-wing RSS preceded this ban. While the undivided CPI was a well-knit organization, the RSS was in its infancy. Ranga Hari, one of the RSS’s senior-most pracharaks in Kerala and a prolific writer, traces the roots of the conflict between the two entities to a day in early January of 1948, when young volunteers affiliated to the CPI barged into a public meeting of the then RSS
chief Madhav Sadashiv ‘Guruji’ Golwalkar, shouting slogans to disrupt the function. Hari states that the RSS youth retaliated suitably. Malayattoor Ramakrishnan, then a young pro-communist activist who later made his name as a bureaucrat and writer, was beaten up in the melee that followed. In his own inimitable sense of raw humour, he wrote later that the injuries from the thrashing healed, but the scars refused to go away, literally.

P. Parameswaran, a senior RSS pracharak and director of the Bharatiya Vichara Kendra, who has been conferred the second-highest civilian honour, Padma Vibhushan, has stated in a 2008 write-up that in 1949 too, ‘there were two organized attacks, one at Kozhikode and the other at Alleppey [now Alappuzha] where Sri Guruji was addressing gatherings of Sangh Swayamsevaks . . . These attacks were pre-meditated and motivated by sheer
intolerance and were totally unilateral.’ The nonagenarian also added that in the 1950s when the RSS expanded its clout in the northern part of Kerala, including Kannur, the RSS pracharaks who went to work there were either threatened or socially boycotted, ‘which included denial of boarding and lodging facilities. They had to take shelter in places like railway platforms.’ 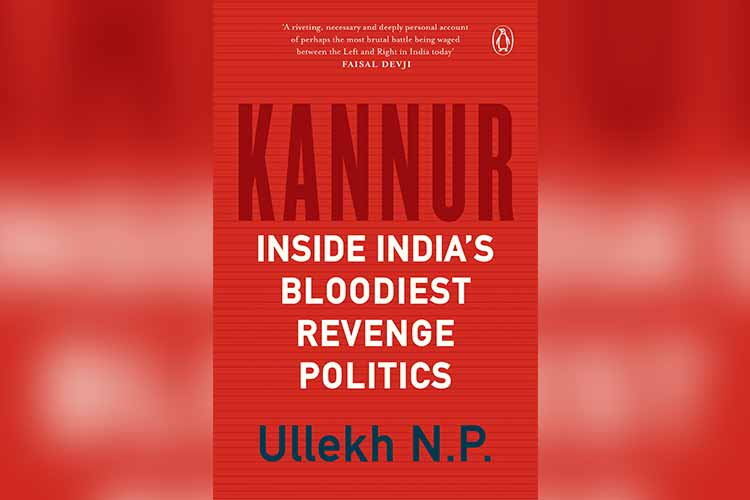 While the communists faced the brunt of the Congress and government onslaught on its cadres, the RSS, which was a fledgling organization in what would soon be Kerala, found a new ruse to cope with the situation: setting up football, volleyball and basketball clubs, and organizing classes for the volunteers. It helped that the majority of its workers at the time were below the age of thirty. As luck would have it, the Sangh could attract more young hires interested in physical activities to their fold. It thus found an opportunity in adversity through these months. The organization also took the young sevaks on short pleasure trips. During the period, the Sangh managed to get its new members from across Kerala to attend functions organized in Kaladi at the Advaita Ashram by Swami Agamananda, who had initiated the likes of P. Parameswaran into the Ramakrishna Mission. For the CPI, large-scale reprisals across villages and towns strengthened the resolve of its supporters, who began to viscerally hate the ruling Congress party. Such utter contempt for Congress leaders whom they saw as malefactors transformed hundreds of villages, especially in the Malabar region, into communist strongholds.
Literacy campaigns among women and the illiterate helped young people bond with the older guard who commanded their respect. The camaraderie was destined to last. Having been through the crucible of peasant and farmer movements, this was only to be expected.

While the communists were jailed in hordes, a few RSS pracharaks were also arrested and imprisoned. They included Dattaji Didolkar, who later became the RSS ‘pranth pracharak’ of Tamil Nadu; Shankar Shastri, the new pracharak in Malabar who replaced Dattopant Thengadi, who had been transferred to Bengal in 1944;
P.K.M. Raja; Namadeva Kamath and Madhava Kamath. Others who had worked in Malabar such as T.N. Bharathan, P. Madhavan, R. Venugopal and T.N. Marthandan went underground. 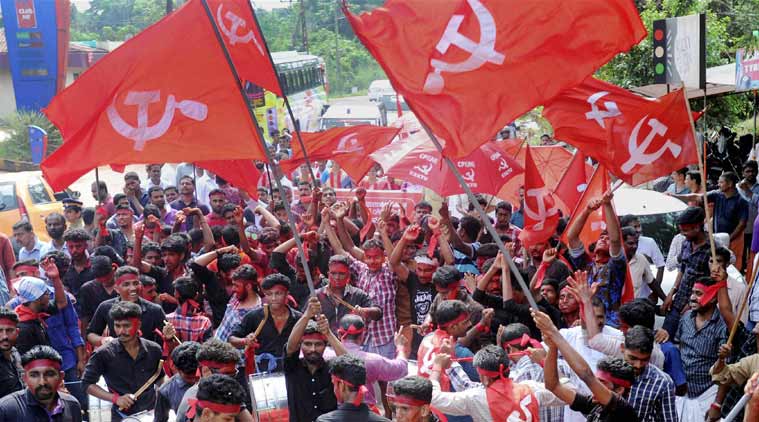 The princely states of Kochi and Travancore adopted a softer stance towards the RSS and therefore the majority of those nabbed were from Malabar. But by the end of December 1948, sensing that the talks between Guruji Golwalkar— who was jailed following the crackdown on the RSS after the assassination of Mahatma Gandhi—and the government were going nowhere, the RSS began a nationwide satyagraha, and in Kerala too, several
people, including government officers, took part in the strike, and were suspended from their jobs. It was a crucial phase of growth for the RSS, whose activities in the state had been kicked off six years earlier by a Nagpur-based pracharak called Neelakanda Yashwant Telang, also known as Babu, who stayed in Thiruvananthapuram and made some contacts in the district and its neighbourhood for some six months. After him, Madhukar Krishna
Oak was dispatched to Thiruvananthapuram, but he had to return in less than a year as he couldn’t get used to the humid weather and local cuisine.