A premature baby who was wrongly declared dead by an upscale Delhi hospital last week, died on Tuesday due to “infection and other medical problems”while undergoing treatment.

The newborn died last evening at a clinic in Pitampura, where he was being treated for a week, police said.

On November 30, Doctors at Max hospital in North Delhi’s Shalimar Bagh handed over the baby boy along with his stillborn twin in a plastic bag declaring both of them dead.

However, when the twins – a boy and a girl – were being taken to burial ground, the family was shocked to find movement in one of the packages, when the wrapping was opened, one the baby found was found breathing and squirming. 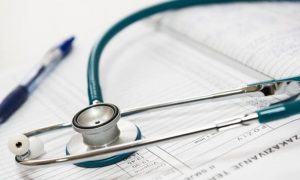 A Delhi government probe panel had on Tuesday found the Max hospital guilty of not following prescribed medical norms in dealing with newborn infants.

The three member panel found that the hospital failed to carry out ECG tracings to check if the child was alive. Electrocardiogram tracing or ECG tracing helps evaluate heartbeats.

On December 2, Delhi Health Minister Satyender Jain had said the hospital’s licence could be cancelled if a probe found it guilty of medical negligence.