Aruna Asaf Ali was one of the leading revolutionaries of Indian independence movement. Aruna not only played a crucial role in freedom movement but also worked ceaselessly for the poor and depressed even after India gained independence. Born into an upper-class Bengali Brahmin family in 1909, Aruna was educated at the Sacred Heart Convent in Lahore and then at All Saints’ College in Nainital. Her father Upendranath Ganguly was a restaurant owner, who originally hailed from Barisal district of Eastern Bengal (now Bangladesh).  After her graduation, she worked as a teacher at the Gokhale Memorial School in Calcutta. 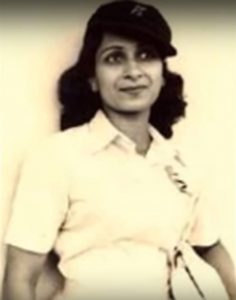 Aruna met Asaf Ali, a leader in Congress party and one of the country’s most prominent lawyers, in Allahabad in January 1928 during a vacation. In their first meeting itself, Aruna and Asaf felt attracted to each other. Inter-religious marriage was a big taboo in those days and his father disapproved of the marriage. Moreover, Asaf was also 21 years senior to her. But she went ahead and married Asaf. “My father was no more when Asaf and I married in September 1928. My paternal uncle Nagendranath Gangulee, a university professor who regarded himself as my guardian, said to relatives and friends that as far as he was concerned I was dead and he had performed my shraddh,” Gandhian alternative, a book by Suresh Mishra quotes Aruna as saying.

Her first tryst with politics started with an active participation in the Civil Disobedience Movement in 1930. It was then that she was arrested for the first time In 1932, she launched a hunger strike protesting the indifferent treatment of political prisoners in Tihar jail. Her efforts resulted in an improvement of conditions but she was moved to Ambala where she was put in solitary confinement. Unlike other prisoners who were released on an account of the Gandhi Irwin Pact in 1931, she was released after the public protested against her arrest. 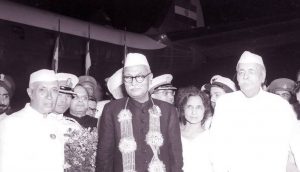 In 1942, when Gandhiji launched Quit India movement and made a call to ‘Do or Die’, Britishers were already alarmed, they put Gandhi, Nehru and most of the prominent leaders in Jail. With top leaders gone, a young Aruna took the mantle of leadership in her hand. She presided over the AICC session on 9 August and fearlessly hoisted the flag at the Gowalia Tank maidan in Bombay. Later the Congress party was banned. Due to her bravery in face of danger, Aruna was hailed as the Heroine of the 1942 movement for her bravery in the face of danger.

The government announced a reward of Rs 5,000 for her capture. Her property was seized and sold. She went underground, with a motley crew of Marxists and Congress workers. While being underground, she edited the Congress party’s monthly magazine Inquilab.

Also Read: Why Annie Besant thought Mahatma Gandhi was a ‘saint’ and not a ‘politician’

She remained free, disobeying even the Mahatma’s request to surrender on account of her frailty. Gandhi wrote: “I have been filled with admiration for your courage and heroism. You are reduced to a skeleton. Do come out and surrender yourself and win the prize offered for your arrest. Reserve the prize money for the Harijan [untouchables] cause.” She came out of the hiding only in 1946 after the warrant against her was withdrawn. 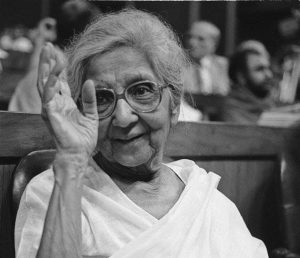 Soon after independence, she became disillusioned with the progress of the Congress Party and joined the Socialist Party in 1948. Later, she joined Communist Party of India in the early fifties. In 1954, she helped in the formation of the National Federation of Indian Women, the women’s wing of CPI. However, she left the party the party in 1956 following denouncement of Stalin by Nikita Khrushchev, then secretary of Soviet Union’s communist party. 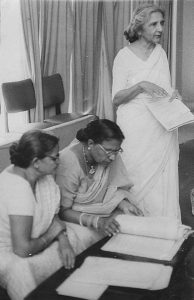 After Independence, Ali was also persuaded to become Delhi’s first mayor in 1958 – the only female mayor the city has ever had. During her stint, she introduced major civic reforms. But again due to petty politicking, she resigned, never to take up any government job or contest elections.

She launched Link magazine (weekly) and Patriot newspaper in New Delhi in the sixties. Through her newspapers, she worked to mobilise support for reforms for the depressed classes. She was also against unnecessary industrialisation. The publications became prestigious due to the patronage of leaders such as Jawaharlal Nehru, Krishna Menon, and Biju Patnaik. Later she moved out of the publishing house due to internal politics. In 1964, she rejoined Congress but abstained from active politics.

She was accorded with numerous awards for public service, including the Lenin Peace Prize in 1975 and the Indira Gandhi Award for National Integration in 1986. She was awarded the Padma Vibhushan in 1992. She died in New Delhi on 29 July 1996, aged 87. Posthumously, the government of India honoured her with highest civilian honor – Bharat Ratna.