Soon, viewers will not be able to hear Arnab Goswami conduct fiery debates on the Newshour. The prominent television anchor who served as Times Now’s editor-in-chief for ten years, has tendered his resignation. The news of his stepping down spread like a wildfire and became a talking point on social media.

While some of the tweets were humorous in nature, few were a bit mean. Still, we have brought a compilation of some posts are mean but funny. 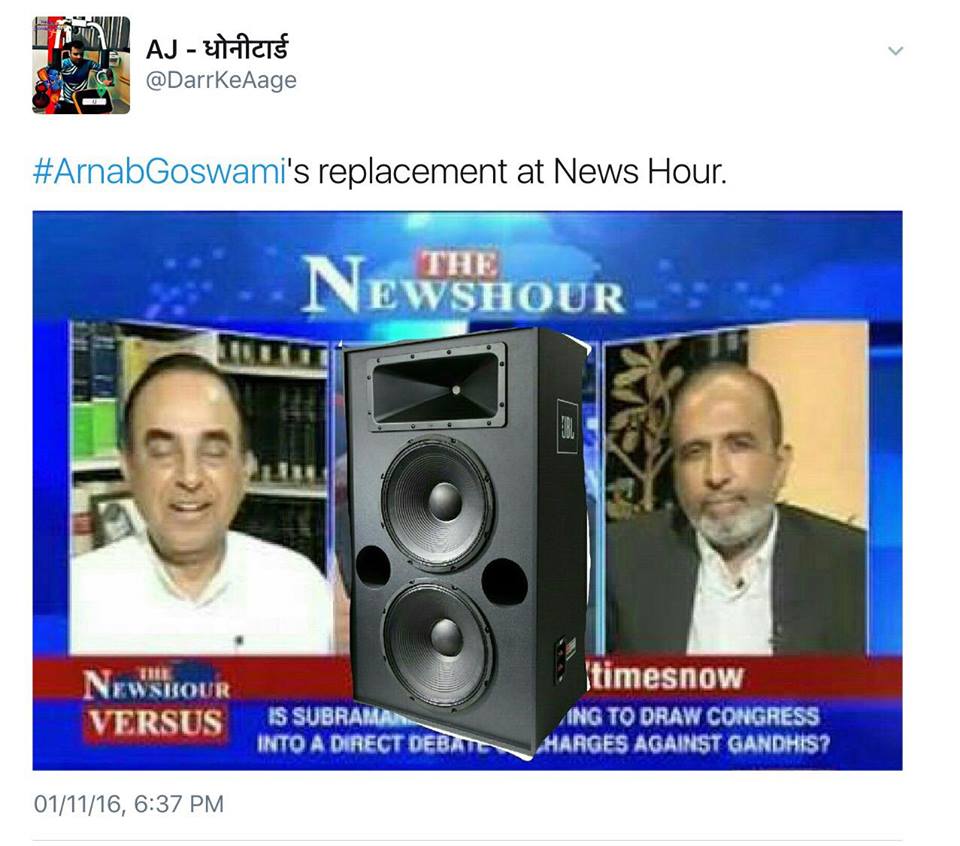 After 11 years of being the face of one of India’s leading English news channels, Goswami reportedly tendered his resignation during an editorial meeting with his colleagues. It is believed that he is planning to start a new venture. Known for his vocal stance on various issues, particularly against terrorism and Pakkistan, Goswami according to the Intelligence Bureau is on the hitlist of Pakistan-based terror groups. As a result, he was recently provided with a Y-category security cover comprising 20 personal guards.

Besides Newshour, Goswami also hosted Frankly Speaking with Arnab, a talk show wherein he interviewed celebrities from all walks of life.