Republic TV’s prime time news anchor Arnab Goswami is back in news. But this time not for his noisy monologues and shouting down panelists. The senior journalist has been booked in an abetment to suicide case of an interior designer in Mumbai.

Alibaug police said Anvay Naik committed suicide by hanging himself at his bungalow in Alibaug on Saturday. According to the suicide not left by Naik, police have registered an abetment to suicide case against three persons including Goswami, Feroz Shaikh of IcastX/Skimedia and Niteish Sarda of Smartworks, a report in The Indian Express said. 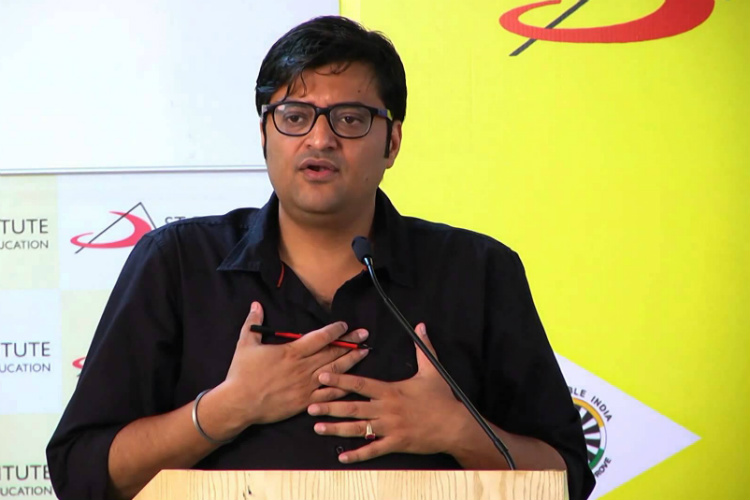 Police also found dead body of Naik’s mother Kumud at his bungalow. However, it hasn’t reached to any conclusion so far in his death as the post-mortem report is awaited. No arrests have been made in the case so far.

The case was registered based on a complaint by the interior decorator’s wife under Section 306 (abetting suicide) of the IPC, said a report in Mumbai Mirror

“The deceased, an interior decorator, had worked with the three persons he has named in the suicide note. According to his wife’s complaint, the three did not clear his pending bills, leading Naik to suffer severe losses in his business,” Additional Superintendent of Police (Raigad) Sanjay Patil, was quoted saying in the Express report.

Reacting to the FIR, Republic TV rubbished the allegations stating that “certain vested interest groups are running a false and malicious campaign” against the news channel.

“Republic TV will take strict legal action against anyone indulging in such false propaganda….All amounts due and payable under the contract were paid by Republic TV to Concorde Designs. The details of payment, including cheque numbers, amounts, dates of payment, related correspondence and documentation are available with Republic TV. All such details and evidence will be given to the appropriate authorities as and when required,” the channel said in a statement.