The shocking train accident in Amritsar that occurred on Friday evening has claimed about 62 lives so far. While railway authorities indulge in blame-game over taking responsibility of the situation, a 24-year-old’s bravery cuts through the cacophony of politics.

Dalbir Singh, the man who played the role of Ravana in the Ram Leela, where the accident occurred, had just finished his scene and was getting ready to watch the effigy burn. While walking towards Joda Phatak to see the fireworks, Singh noticed the train speeding towards the crowd. Singh tried to save a few of the hundreds gathered to watch the Dussehra festivities. Unfortunately, he was crushed under the train while trying to alert the onlookers. 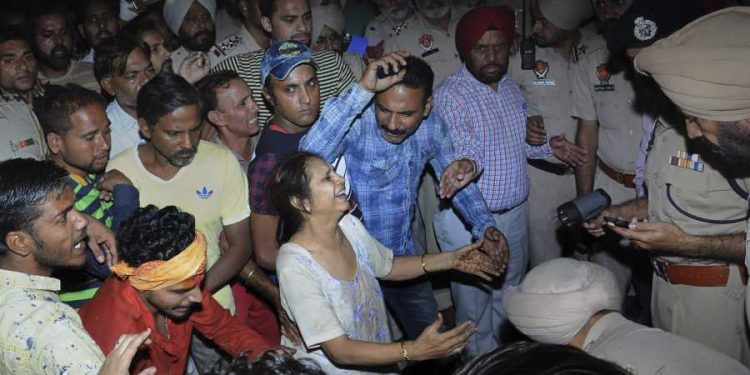 Singh’s brother Balbir told The New Indian Express, “Ram Leela happens here every year. My brother was playing the role of Ravana in the Ram Leela. The stage play had culminated and he went to Dussehra celebration to receive a shield for his performance. He was at the site when the Ravana effigy was being burned. When the speeding train hit the people, he tried to help people and was trying to pull them out from the tracks when his legs came under the speeding train. His death is very shocking for the family and his infant daughter and wife need assistance for living.”

Singh is survived by his mother, wife, an eight-month-old daughter, and a brother. He had been playing several roles in the Ram Leela and had left early for the event on Friday. “For more than 20 years, people from adjoining villages gather at the vacant plot at Joda Phatak, barely 50 metres from railway tracks, to watch the celebrations. I appeal to the government to provide a job to my daughter-in-law,” news agency ANI quoted Sawan Kaur.

Locals gathered to watch the effigy burning claimed that they couldn’t hear the sound of the approaching train due to the noise of bursting crackers. Punjab police has now launched an investigation into the train tragedy as they try to ascertain who gave permission for the event near the train tracks.

About 700 people were watching the Ravana effigy burn while firecrackers were exploding, which apparently made it difficult for them to hear the train. The Jalandhar-Amritsar passenger train zoomed through the crowd, killing or grievously injuring all those standing around the tracks.