In a horrific incident, seven people were killed and at least 19 were left injured after suspected terrorists opened fire at a bus which was carrying Amarnath Yatra pilgrims. Some policemen were also reportedly injured in the terror attack that took place near in Bantigoo area of Jammu and Kashmir. The driver of the bus, Salim Sheikh is being hailed for his heroic actions after the passengers revealed that the driver did not stop the bus even when the terrorists continued to fire.

Gujarat Chief Minister Vijay Rupani asserted that he will nominate Salim for a bravery award. Additionally, the Jammu and Kashmir government has announced a cash reward of Rs 3 lakh for him. “I want to thank bus driver for saving lives of people even when there was firing going on. We will nominate his name for the bravery award,” Rupani told the media.

As per reports, when the bus was attacked, Salim kept on driving even when it was pitch-dark while the indiscriminate firing continued and took the pilgrims to a safe area. While speaking to the reporters, Salim said that God gave him the strength to keep moving with the intention of reaching an army camp. 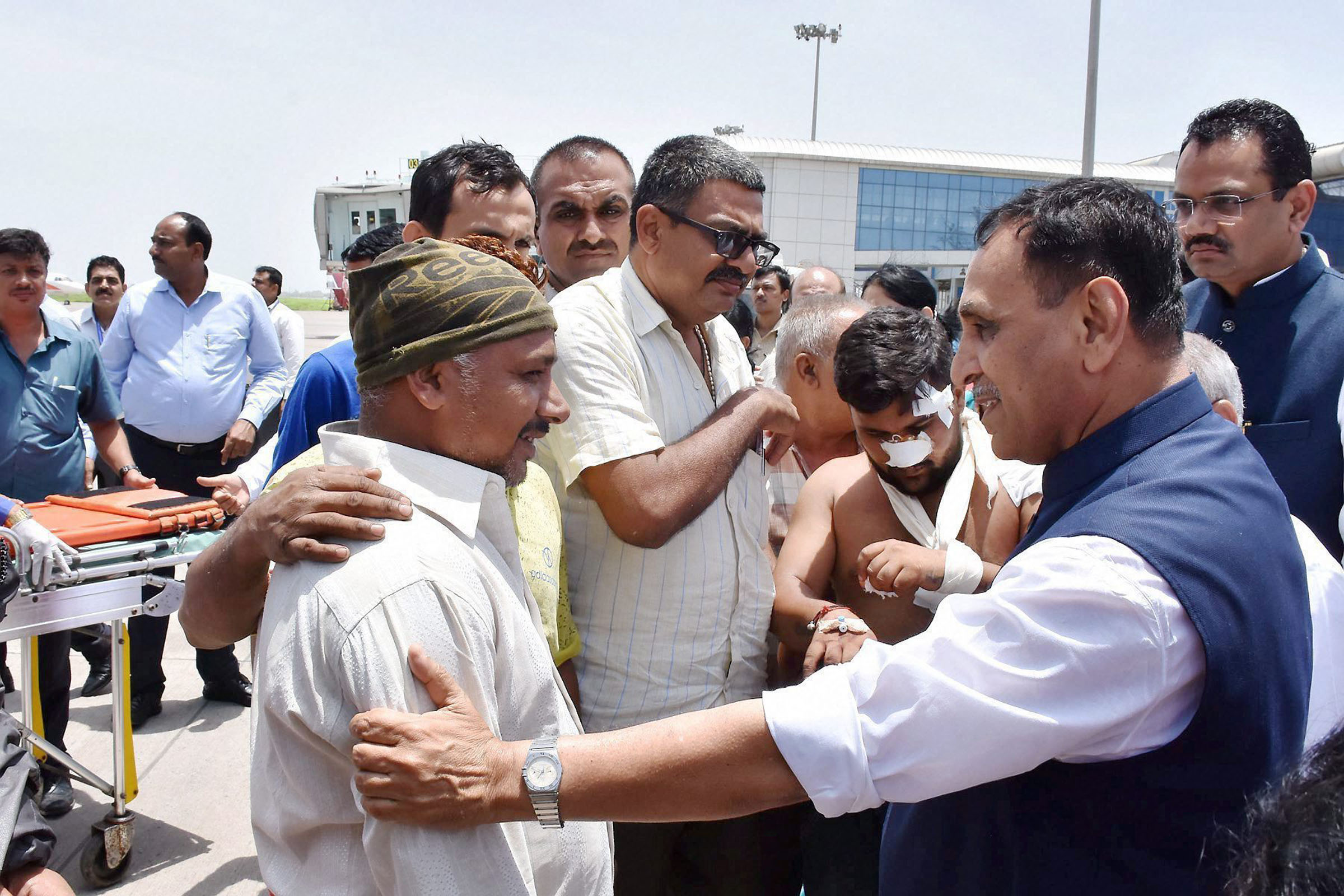 Surat: Gujarat Chief Minister Vijay Rupani meeting with the Amarnath pilgrims, injured in the terror attack in Jammu and Kashmir, after they were brought to the Surat airport in an IAF plane on Tuesday. PTI Photo

“Firing was going on from all sides, so I kept driving and did not stop. God gave me the strength to keep moving. I just did not stop anywhere,” he said. Reports suggest that the bus did not receive security cover because the bus was not a part of the yatra envoy. The bus was attacked in Anantnag at about 8:20 PM. Even though Salim escaped unhurt, the person sitting next to him received injuries.

“It was about 8 pm when the bus was surrounded by terrorists. They first fired from the front with the intention to eliminate the driver. I ducked sideways to escape the bullets and drove ahead. I do not know how I got the strength to go on at that time. Maybe Allah helped me and gave me strength,” Indian Express quoted Salim as saying.