Last Friday, Kerala Police arrested Jalandhar Bishop Franco Mulakkal after three days of interrogation following rape allegations against him by a nun. The arrest was the result of an unprecedented struggle launched by five fellow nuns of the victim against the accused bishop. On Monday, a Judicial Magistrate Court in Kerala the rape-accused Bishop to judicial custody till October 6.

So what’s the case?

In her complaint, the nun, who belongs to Jalandhar-based Catholic congregation Missionaries of Jesus, has alleged that Bishop Franco Mulakkal had raped her and also subjected her to unnatural sex at the congregation’s convent-cum-mission house at Kuravilangad in Kottayam district, The Indian Express reported.

The assault began in April, 2014 and according to the complaint, the nun was subjected to rape and unnatural sex 13 times in the last four years. 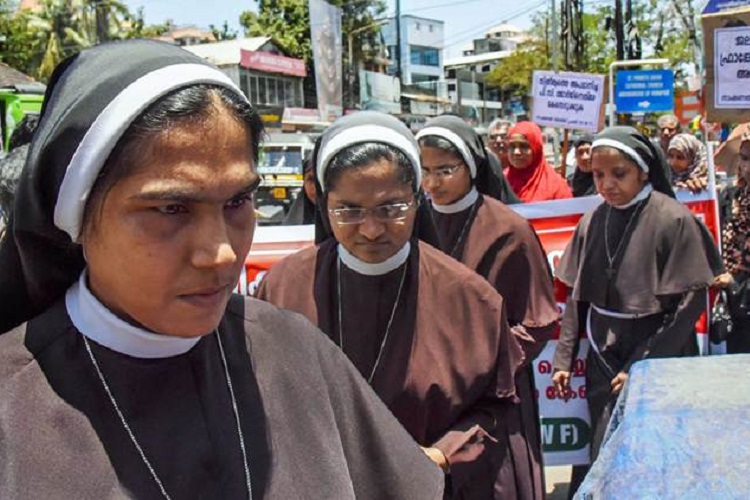 Kochi: Nuns, supported by women from the Muslim community, protest against the delay in action on a Roman Catholic church bishop who is accused of sexually exploiting a nun, in Kochi, Tuesday, Sept 11, 2018. (PTI Photo) (PTI9_11_2018_000103B)

Denying the allegations, 54-year-old Bishop Franco Mulakkal, who’s the head of congregation, called the complaint a “conspiracy” by those who are “against the church.”

Several media reports said the victim had first raised the issue with church authorities but nothing happened. Interestingly, it was the bishop who moved to police first, alleging threat to his life from the family members of the victim nun. The 43-year-old victim approached police after the representatives of Jalandhar diocese failed to take any action against the powerful bishop.

Following the complaint, the victim also released a seven-page letter she had written to Vatican’s India Ambassador, The Apostle Nuncio of India, accusing church officials, including Pope Francis, of ignoring her multiple complaints.

While the matter was being investigated, the victim found unprecedented support from her fellow five nuns. Everyday, the five nuns would travel nearly 100 kms to register their protest against the Bishop and the lack of action against him by the church officials. This support triggered a chain reaction, uniting civil society members, jurists, lawyers and activists in support of the victim.

“We were forced to stage protests because our Church leaders never bothered to deliver justice. Their silence hurt us. We are not trained to lead protests. But we did what we could. Now we don’t fear about the consequences. We believe that we had done what Jesus taught us – tell the truth and stand for the silenced,” Sister Anupama, who acted as the spokesperson of the victim nun, said.

The nuns sat on a dharna for 13 days and ended their agitation late on Friday after the news of Bishop’s arrest was announced. 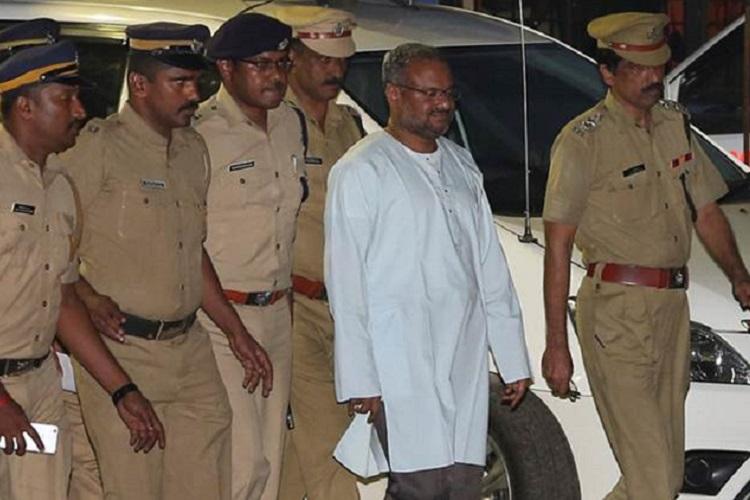 Bishop Franco Mulakkal (2nd R), accused of raping a nun, is escorted by police outside a crime branch office on the outskirts of Kochi in the southern state of Kerala, India, September 21, 2018. REUTERS/Sivaram V

How police cracked the case

According to a report in The Indian Express, the forensic examination of the place where alleged assault happened hasn’t provided much evidence to the investigating authorities. However, the records with the convent, have revealed the Bishop was present at the place on the days he had allegedly abused the nun.

Eventually, it was the three-day long interrogation which provided police enough clues to arrest the accused Bishop. While the Bishop stuck to his claim that he did not rape the nun, police said his statements were contradictory. Police also relied on circumstantial evidence, statements of witnesses, and the nun’s statement under Section 164 of the CrPC to formally arrest the accused. 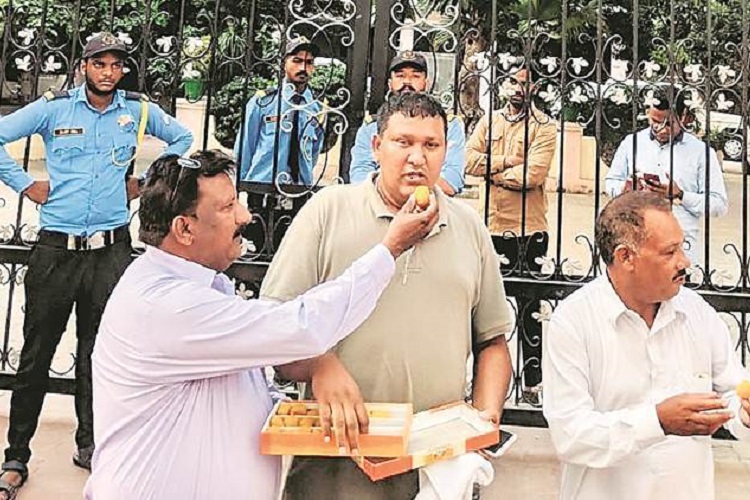 Days after the arrest of Bishop, a priest has been warned of disciplinary action and a Catholic nun restrained from church duties over their participation in protests demanding the arrest of rape accused Bishop Franco Mulakkal, PTI reported.

While as Sister Lucy Kalapura claimed she was informed orally by the Mother Superior that she should keep away from holding catechism classes, conducting prayers and other activities related to the Syro Malabar catholic church, the priest, Bar Yuhanon Ramban, belonging to a dayara in Ernakulam district, said on Sunday he had received a ‘warning’ letter from his church headquarters in Damascus in Syria for supporting the nuns’ protest.

As far as the protesting nuns are concerned, it remains to be seen if the church authorities allow them the space to carry out their religious practice.
(With PTI inputs)