Days after a public outcry over the alleged sexist remark of a Kerala professor against Muslim women students, the state police have flung into action and registered a case against him.

Farook Training College’s Jouhar Munavvir T, who compared chest of Muslim women students to sliced watermelons, was booked on a complaint by the women students under non-bailable sections of the Indian Penal Code.

Munavvir became a butt of controversy after a clip of his speech went viral. The professor could be heard saying, “I am a teacher of a college where 80 percent of the students are girls and of that, the majority are Muslims. These girls are not wearing dresses as per the religious tradition. They are not covering their chests with hijab. But showing part of it is like a slice of red watermelon being displayed.” 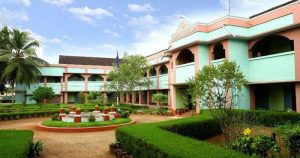 Saying that such a manner of dressing is “not Islamic,” Munnavir condemned the female students for going against religious traditions in the viral clip.

His comments on the outfits of Muslim girl students drew a sharp reaction, as hundreds of students held protest marches at many places carrying sliced watermelons and demanded action against the professor.

The college and the administration has been at the receiving end of the social media over the controversial comments. Some women even took to social media to post bare-breasted photos, which were removed by Facebook.

Speaking to the Indian Express, Jaik C Thomas, state president of the SFI said, “This remark is not just anti-woman, it’s anti-human. A person like him should not be allowed into any college in Kerala.We conducted a march to the college yesterday and today and will continue to raise our voices. The college students have complained to the management and will forward it to the education department as well.”