When West Bengal BJP chief Dilip Ghosh claimed that cow milk contained gold, he would not have thought that people would start using their cattle as collateral. After listening to his statements, a milkman in West Bengal’s Dankuni went to Manappuram Finance Limited in the hopes of getting a gold loan.

The milkman told DNN Bangla News that he hoped to secure a gold loan against two cows that he owns.

“I have come here for a gold loan and hence I have brought my cows with me. I heard that there is gold in cow milk. My family depends on these cows. I have 20 cows and if I get the loan, I will be able to expand my business.”

However, he is not the only person to have done so. According to Manoj Singh, Pradhan at Garalgacha gram panchayat, people have begun approaching him to enquire about loans they can get against cow milk. He told DNN Bangla News,

“Dilip Ghosh should get Nobel prize for the situation he has created and for claiming that there is gold in cow milk. Every day people are coming in my panchayat with cows and asking me how much loan they can get against the cows. They say their cows produce 15-16 litres milk per day so they should get the loan.” 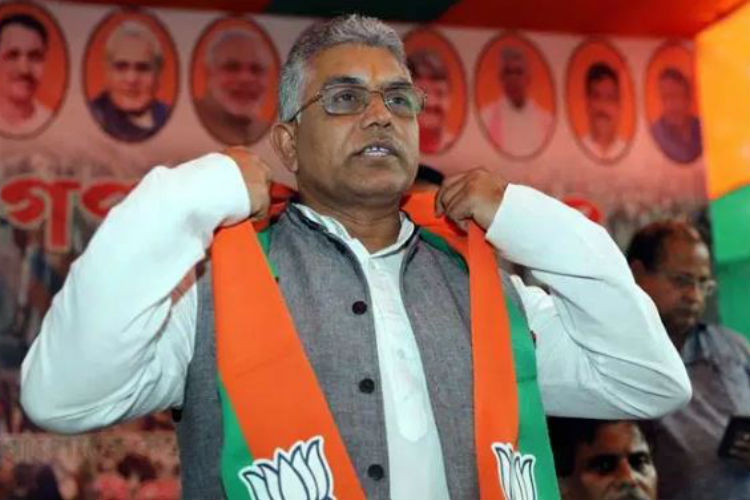 On November 4, the West Bengal BJP chief made a bizarre claim that “gold is mixed in the milk” of Indian cows. He reasoned that was so because the humps of Indian cows have “swarnanari” (gold artery) which produces gold when sunlight falls on it. Thus, he argued, “the colour of milk is slightly yellow”.

“The breeds of cows that we bring from abroad are not cows. They are beasts. They are not our gaumata, but our aunties. It is not good for the country if we worship such aunties.”

Other such controversial statements

This isn’t the first time Dilip Ghosh has made such statements. On the same day, he suggested that intellectuals “who eat beef should eat dog meat too”. In June, Ghosh blamed “personal ego” of agitating junior doctors at NRS Medical College for not resuming their duties. In August, he allegedly asked his party workers to “beat up” the supporters of Trinamool Congress and “leave the rest to him”. Earlier, when a woman was allegedly beaten up by BJP supporters, Ghosh reasoned that she had been “let off with a light dose”.