The Mumbai-Goa Tejas Express, India’s first high-speed semi-luxurious train, returned to Mumbai, in a mess after some passengers thrashed the LCD screens, stole headphones and littered the entire train. This came as a shock for everybody, especially railway authorities, following which they have now appealed to passengers to safeguard the Tejas Express and treat it like their own property.

The train was flagged off from Chhatrapati Shivaji Terminus on Monday and returned from Goa on Tuesday.

The Central Railway’s chief public relations officer, Narendra Patil, confirmed the railway staff reported that “a few headphones” were missing from the train after Monday’s journey, according to a Mumbai Mirror report.

Capable of running at the speed of 200 kmph, the Tejas Express has several unique features such as automatic doors, 9-inch infotainment screens for each seat, tea-coffee vending machines, vaccuum bio-toilets, touch-free water taps in toilet and secured gangway.

After the news of what the passengers had done to the Tejas Express, broke, the Twitterati lost its cool and took to Twitter to express their displeasure over the incident:

Please stop this! This is what we do to our best trains! Mahamana Express in 2016 and Tejas Express in 2017 pic.twitter.com/PSTh1ayfwF 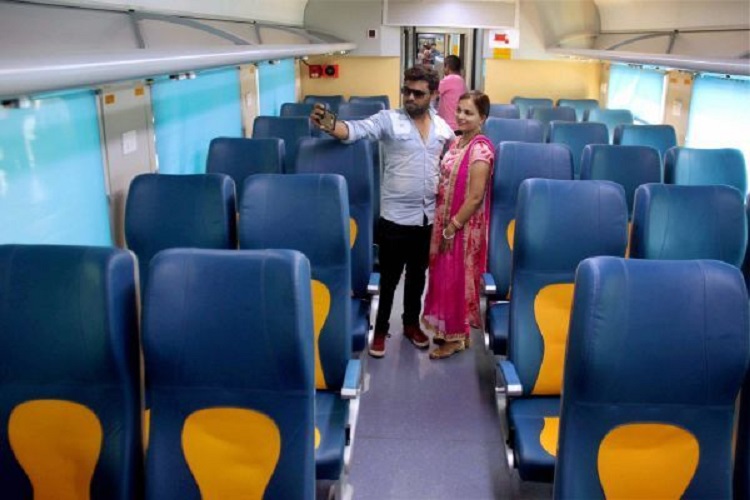 According to a Hindustan Times report, a passenger, who travelled on the train on the second day, said the train was not properly cleaned.

To all those who travelled by Tejas Express in Day 1 & messed it up: you are pathetic, have some civic sense next time.

just read about how Indians decided to damage the #TejasTrain and for fucks sake like can’t we all behave? we don’t deserve anything good.

According to a Deccan Chronicle report, Railway activist Nirmal Tikamgarh and ex-Divisional Railway User Consultative Committee, who was also present at the inauguration which saw the train set off on its maiden journey on May 22 from Mumbai, says that any kind of littering or acts of vandalism should not be tolerated by the railway authorities.

“If this kind of vandalism continues, the railways will think twice before starting any such trains,” he reportedly added.