Amid the debate over privacy violations and cybersecurity threats posed by Aadhaar, the Telecom Regulatory Authority of India (TRAI) chief revealed his 12-digit UIDAI number on social media and challenged people if it can pose any ‘harm’. However, within a few hours after announcing his ‘open challenge’, Elliot Alderson, a French hacker whose profile is an ode to Mr Robot, revealed his personal details including address, birth date, email, alternate phone number as well as PAN number.

On Saturday, TRAI chairman Ram Sewak Sharma tweeted his Aadhaar number in an open challenge. The move was in response to another challenge which was put up by a Twitter user who asked Sharma if he could make his Aadhaar details public. 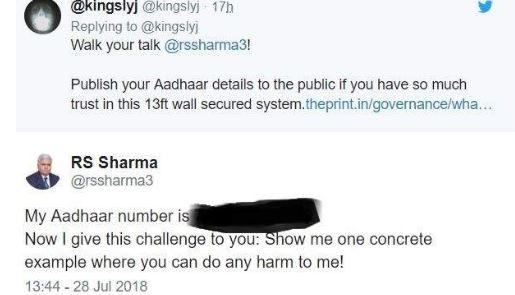 In a series of tweets, Alderson explained why Sharma’s open challenge was a bad idea.

He tweeted his mobile phone number: 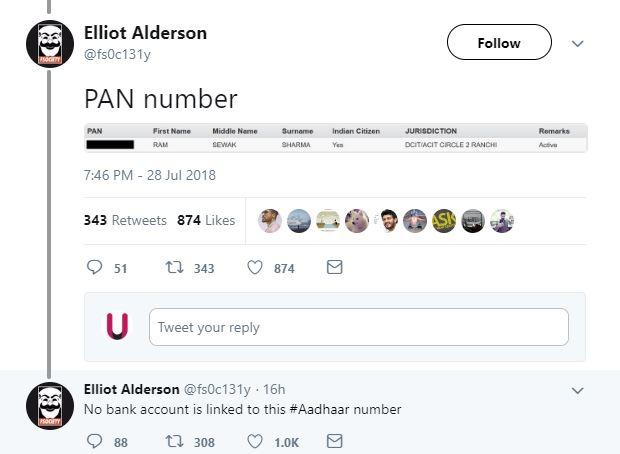 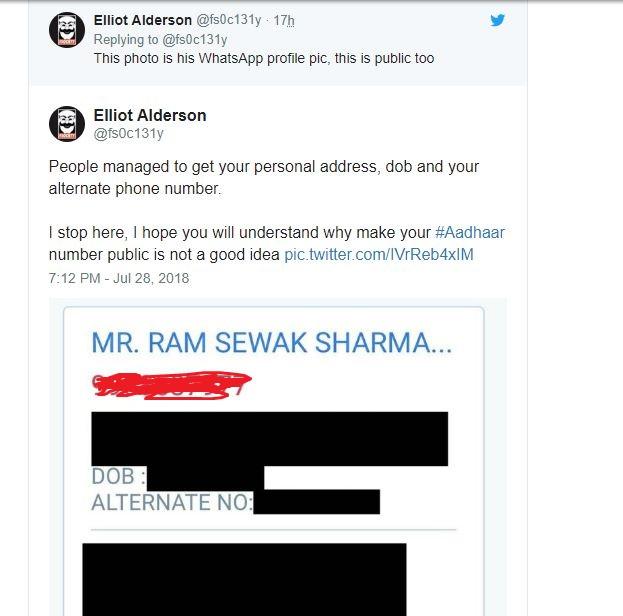 Alderson said that several other users had supposedly managed to get Sharma’s details after he revealed his Aadhaar number to the public. He added that he was “not against Aadhaar, but only against people who think Aadhaar is unhackable”.

However, Sharma remained defiant and reasoned that no personal details of him were hacked using Aadhaar as everything is there on the public platform. 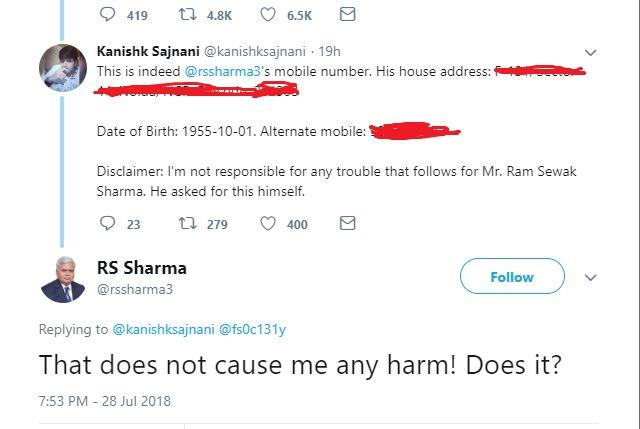 Even after his details were revealed, he maintained that he wasn’t harmed in any way: 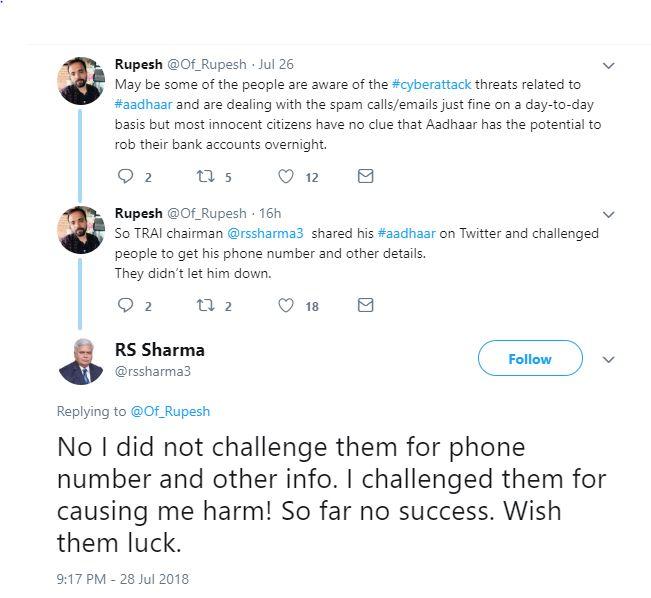 He also said that nothing would happen even if his bank account number is revealed: 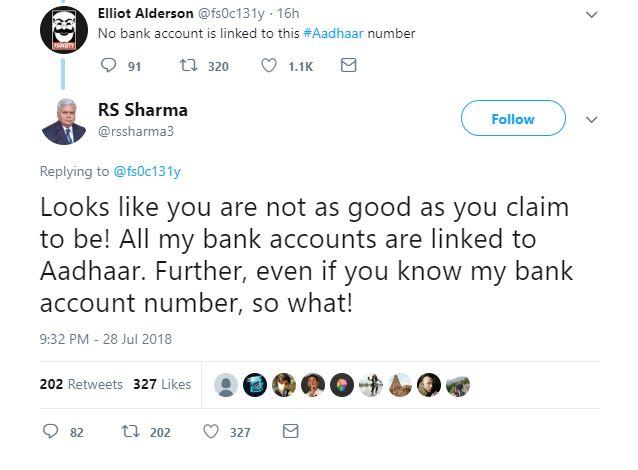 Not just Alderson, Sharma had one-on-one engagement with many other user: 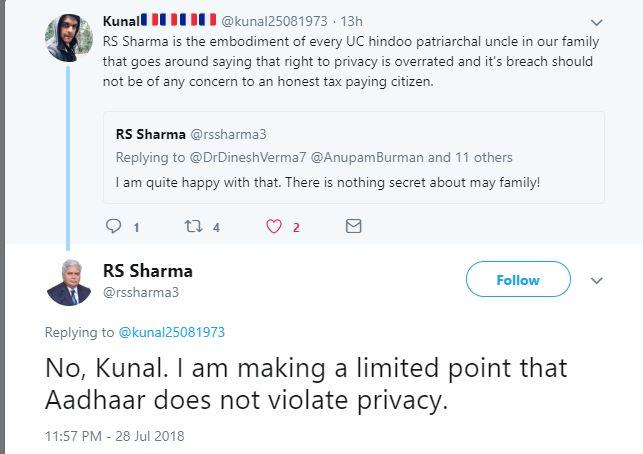 He claimed he wanted to bust the ‘misinformation’ surrounding Aadhaar: 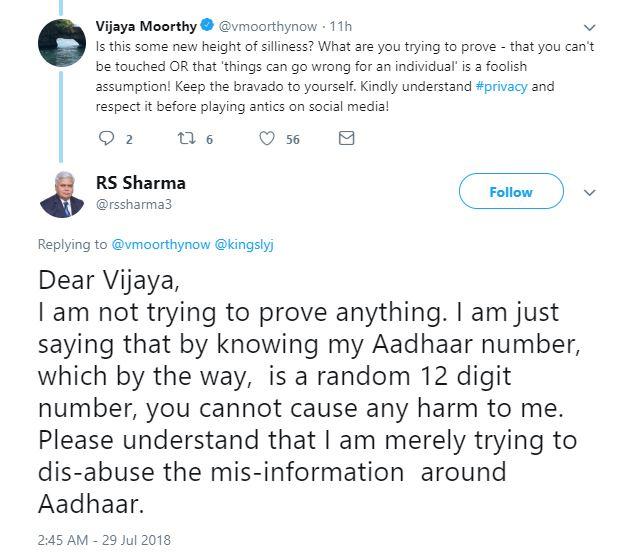 RS Sharma has previously served as the Secretary, Department of Electronics and Information Technology as well as the Director General, Unique Identification Authority of India (UIDAI). He has always been an active supporter of Aadhaar and has often claimed that it cannot be hacked to get personal information of citizens.

Meanwhile, Justice Srikrishna panel on data protection has recommended that the Aadhaar Act be amended “significantly” to bolster privacy safeguards and proposed that only public authorities discharging public functions approved by the UIDAI or entities mandated by law be given the right to request for identity authentication.