Early Thursday morning, residents of Delhi woke up to a fresh spell of rain after receiving a “large deficit” of rainfall this season. It was all fun and games as Delhiites cherished the pleasant Instagrammable scenes until they stepped out of the comfort of their homes to get on with their day only to witness vanished streets and seemingly afloat vehicles packed bumper-to-bumper.

The National Capital Region on Thursday hit the brakes as waterlogged streets made it hard for people and vehicles to navigate the city. In Vasundhara Sector 4C, Ghaziabad, a road caved-in under the effect of the rainfall, leaving residents of nearby Vartalok and Pragya Lok apartment complexes in a state of panic.

Which means, on an average day, Mumbai receives 4 times more rain than Delhi did today. 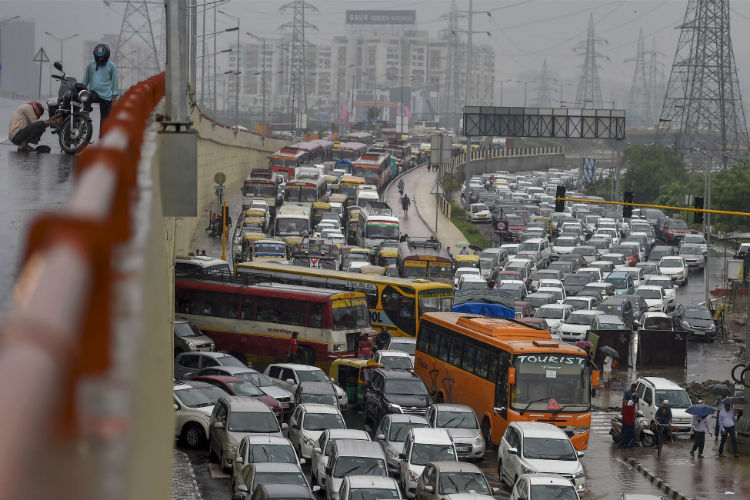 However, despite an average downpour, the city struggled to function. Delhi Traffic Police reported traffic jams due to waterlogging across the city, including Ghazipur, Badarpur-Mehrauli, Badarpur-Ashram, Mayapuri, Sarai Kale Khan-Nizamuddin Railway Station, Sarita Vihar, among several other regions.

This flyover generally takes me to office in 3 minutes flat. How long to cross it swimming #DelhiRains #NoidaElevatedRoad pic.twitter.com/bM7PAaHijR

This, even though the national capital hardly faces any rain during monsoons. Since June 1, Mumbai (Santa Cruz) has recorded a 1929.1 mm rainfall till July 26, as opposed to 202.5 mm in Delhi. Chennai also recorded a “normal” rainfall of 131.1 mm between June 1 and July 25, while Delhi remains relatively parched.

As per data released by the Indian Meteorological Department(IMD) for up to July 25, Delhi has received only 0.1mm of rainfall, considerably lower than the normal amount of 9.1mm. The scarce rainfall amounts to a 99 percent deficit thus far, as per IMD’s Hydromet Division. 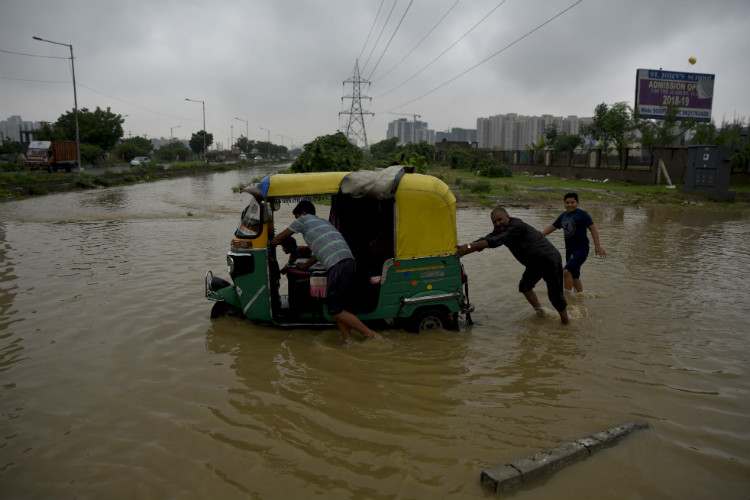 However, for the residents of Delhi, this remains to be an annual occurrence, as evidently, the city’s infrastructure grapples to cope with monsoons every year. With a lack of functional drainage systems, pipes choking with strewn garbage, and potholes abundant, monsoon has long been an enemy of the national capital.

While the rainfall on Thursday brought to light the ill-preparedness of the city to deal with a natural and cyclical event, the real question is, are the authorities ever going to address the concern? Or do residents need to come to terms with their fate of staring at a gazillion blinking brakelights through dewed window panes as we get late for work?