Soon after the complaint, the police registered a FIR under section 2 of the Prevention of Insults to the National Honour Act, 1971 against the shopkeeper. Reportedly, in his complaint, Kranti Tiwari had said: “ The act of the shopkeeper is sheer insult of the national flag and wanted us to lodge a case.” 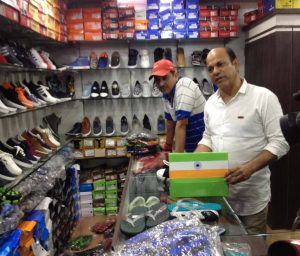 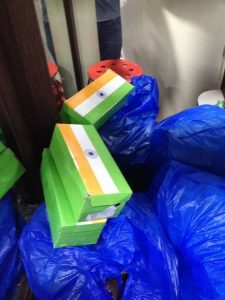 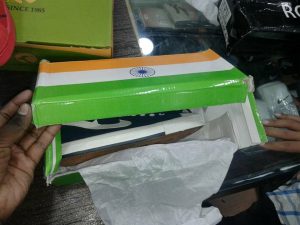 According to Indiatimes.com, a team of police visited the shop and seized boxes of shoes on which Tricolour was painted. Complainant Kranti Tiwari took to his Facebook handle and shared some pictures of the shoe boxes with Tricolour.

“It was found that the shopkeeper, identified as Mahesh, had purchased a lot of shoes from Delhi and the shoes were ‘China made’. We have also sought phone numbers and address of the wholesaler from whom he procured the shoes,” the Indiatimes quoted a police officer as saying.

Earlier this year, External Affairs minister Sushma Swaraj’s warned the e-commerce website Amazon of not issuing Indian Visa to any of their officials after an article showing Indian tricolour themed doormats for sale on their Canadian platform went viral.