Congress Vice President Rahul Gandhi recently inaugurated the Indira canteen in Bengaluru. The project is Karnataka government’s flagship programme where the government aims to provide meals at low-cost. The eatery joint has been named after Rahul Gandhi’s grandmother and former Prime Minister of the country, Indira Gandhi. The Canteen is serving breakfast at just Rs 5 and dinner at just Rs 10. Hailing Karnataka government’s initiative, Rahul Gandhi tweeted saying that it was another step towards “Food for All”. Another fact about Indira Canteen that is being highlighted is that the time it takes to cook a specific dish.

The canteen reportedly cooks 900kg rice in 30 minutes. 1440 idlis are made within 20 minutes and 300 litres of Sambar is cooked at one go. The kitchen which started on Wednesday is currently being headed by Chef Talk and Rewards who handles 27 centralised kitchens in the state. It currently has 22 workers. “The kitchen uses steam technology to cook idli, suji and rice-based dishes,” Manoj Rajan who is in charge of the Indira canteen was quoted as saying. 101 canteens is reportedly scheduled to be opened initially. More canteens are planned to be set up in the coming future. 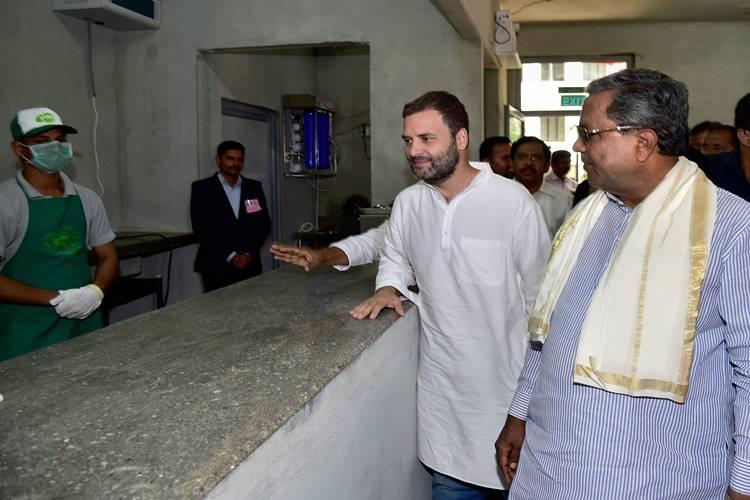 “There are many people in this city who live in huge houses and have plenty of food, who drive in big cars and for them food is not a big issue..but there are millions of people in Bengaluru like construction workers, those who own small shops, auto rickshaw or taxi drivers, barbers and people who don’t get that much money, and it is those people at whom this Indira Canteen is targeted,” Rahul Gandhi said. 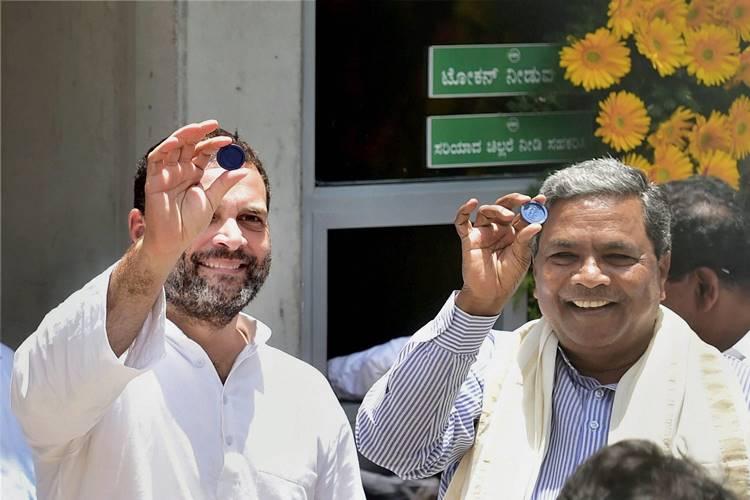 The canteen also has a separate cold storage space for storing curd, vegetable and other perishable goods. During the inauguration, Rahul Gandhi asserted that cleanliness was also important while providing food at the subsidised rates. While considering the budget of the project, the canteen will serve 500 plates as of now. The quantity will be increased in the coming future.

This project come years after former Tamil Nadu chief minister Jayalalithaa introduced the “Amma Canteen” in the state that serves sambar and “Pongal” for Rs 5 and idlis for as low as Re 1. It also serves lemon rice for Rs 5.