A fire has risen from within Prakash Raj, and it’s unlikely to stop surging anytime soon. Something we’ve been witnessing since September, 2017, Raj has gone ahead and criticised the divisive politics of the ruling government and their supporters in the many states of India.

He’s not missed a single opportunity to point out the hypocrisy of BJP’s Hindutva agenda and the rhetoric in nearly all civilised debate. The actor, who has made a career out of playing antagonists, will not spare lazy governance and the the violent mobs upholding it in the name of ‘nationalism’.

Here are 8 instances when Prakash Raj couldn’t even pretend to care about hyper-nationalist groups, who champion the case of communal tension in the name of a Hindu rashtra:

When he locked horns with Prime Minister Modi for the very first time with this comment of his: 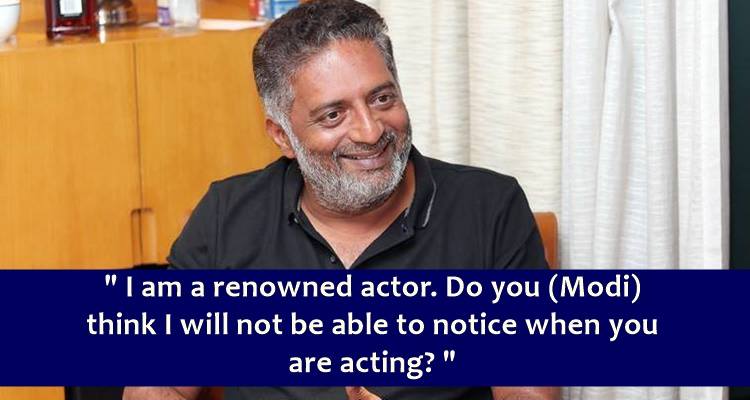 When he came out all guns blazing at the establishment trying to suppress the general public’s freedom of expression: 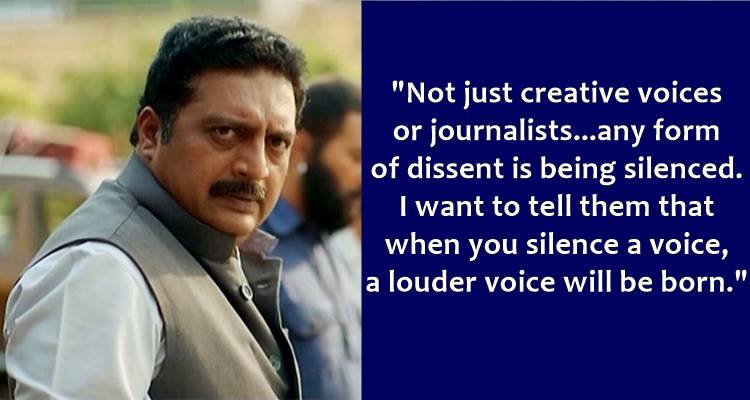 When he pointed out the one basic characteristic for any practising Hindu, in spite of not being religious himself: 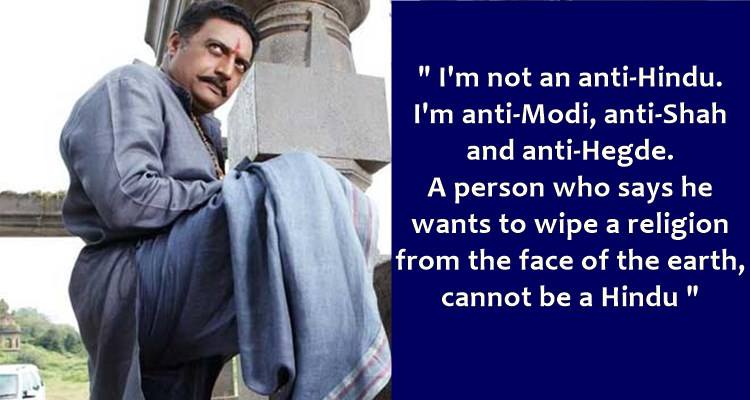 When he pointed out the difference between a civilised way of exercising one’s ‘freedom of expression’ and the ‘dissent’ of the so-called fringe groups: 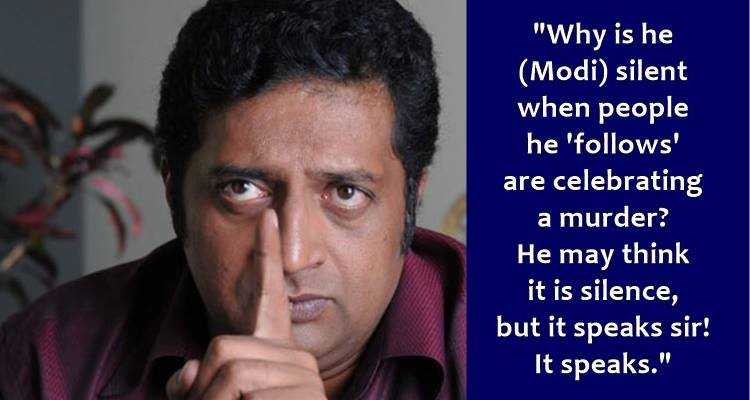 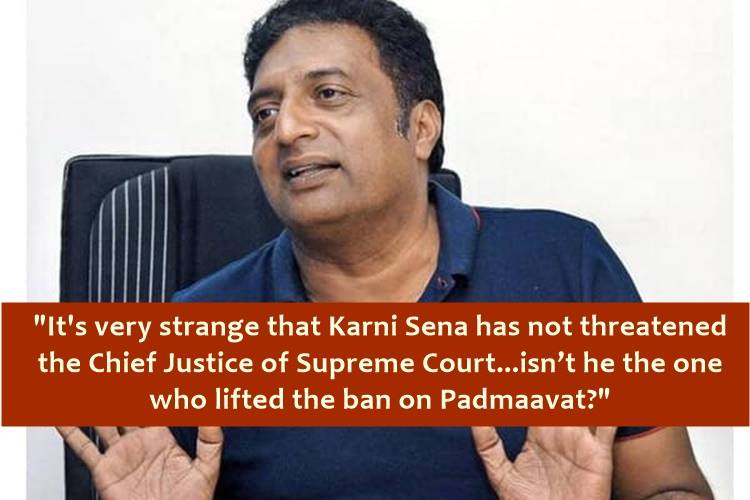 After some BJP workers used gaumootra to ‘clean’ a stage Raj used to speak against those who wanted to change India’s constitution. 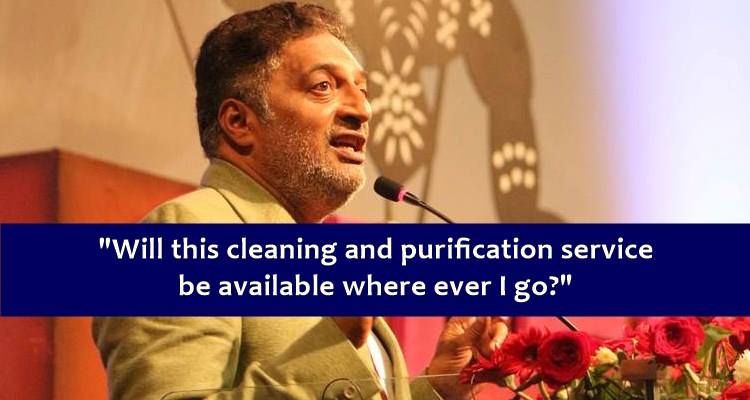 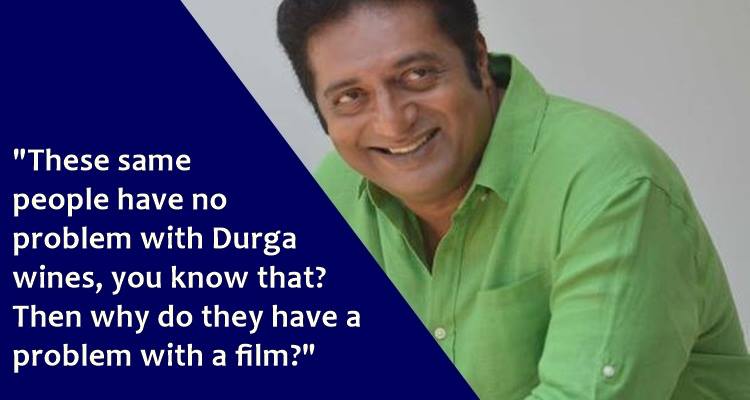