Salman Khan starred in 2009 Prabhu Deva hit Wanted. The film marked the reversal of his fortunes at the box office and the success spree continues till date. As an action star, he assumed the status of a one-man army who could not only bash up goons on his own but also translate it into box office success as well.

Playing an undercover cop, Salman was pitted against dreaded don Gani Bhai who claimed to be fiddling with the law as per his own whims and fancies. You could not tell what kind of a villain he was. At the end of the film, he was killed by Rajveer Singh Shekhawat (Salman), but Gani Bhai made a mark for himself in the film. In real life, he is known as Prakash Raj and today it’s his birthday.

In his 27-year-long career, Raj has acted in Kannada, Tamil, Telugu, Malayalam and Hindi films. In Bollywood, he has emerged as one of the most ‘liked’ villains on-screen. Be it his famous role of criminal-politician Jaykant Shikre in Ajay Devgn-starrer Singham or local politician Bachcha Bhaiya in another Salman-starrer Dabangg 2, Prakash Raj has established himself a name among the cine-goers.

Not many would know that Prakash Raj is also a known philanthropist. He has adopted Kondareddypally village in Mahbubnagar district of Andhra Pradesh. Through his charitable trust Prakash Raj foundation, he has been able to turnaround the village which often faced problems due to floods.

Talking about his films, Raj has played various roles in his career so far. In Bollywood, he has mostly played negative roles. His dialogues are an instant hit among the viewers. Here are the five best lines which will persuade you to watch his films again. 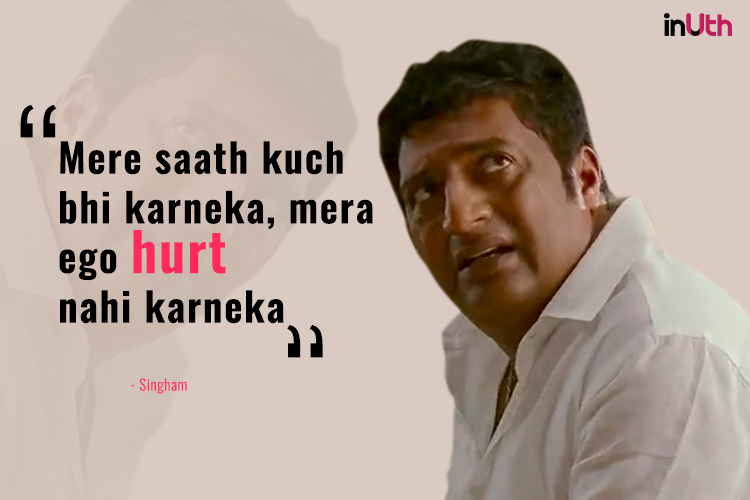 Here’s another dialogue from the film Dabangg 2, which made Bachcha Bhaiya hate more. 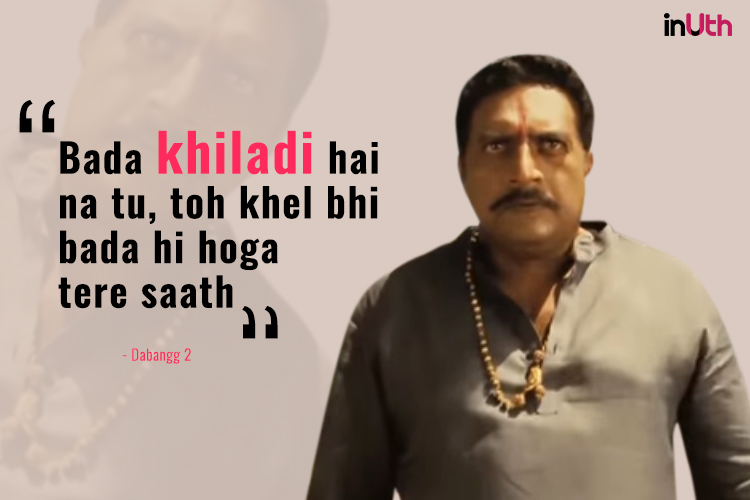 Do you remember this dialogue from Wanted? 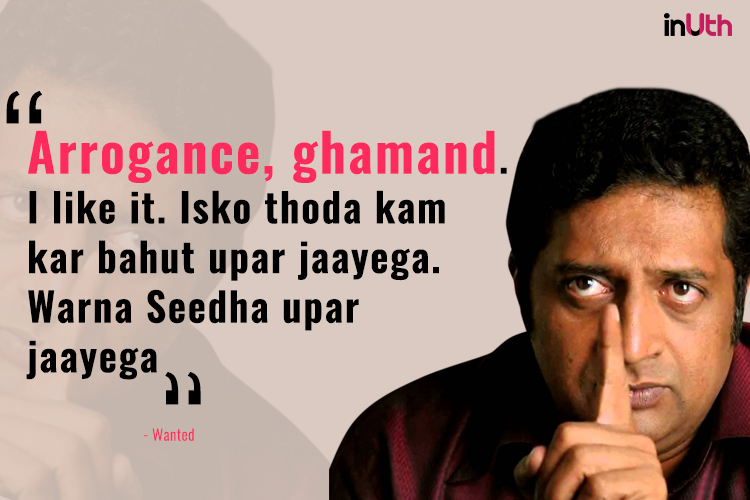 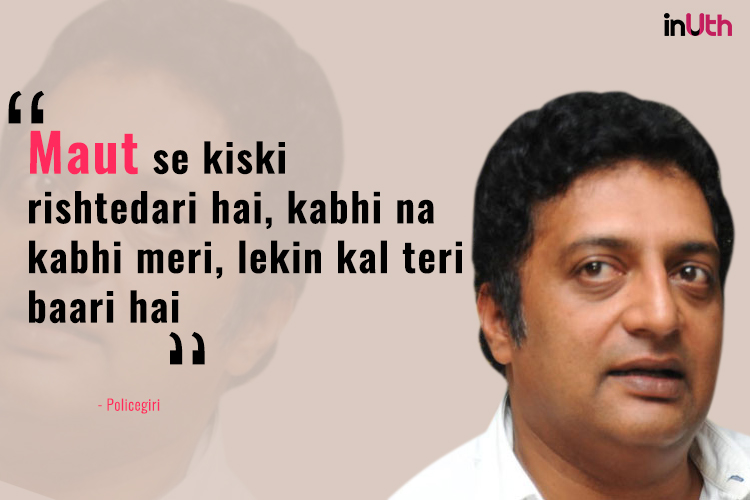 To know what he meant, watch the film. 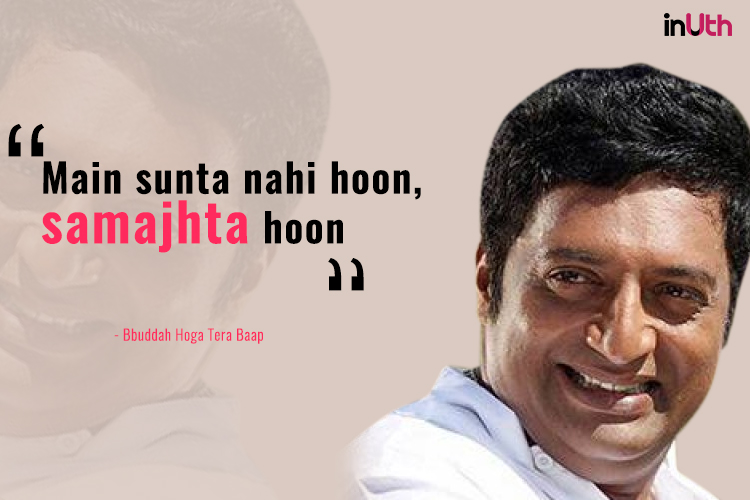