Born in Gwalior on December 25, 1924, Atal Bihari Vajpayee is one of the most prominent and revolutionary leaders that India has ever seen. A leader of the Bhartiya Janata Party (BJP), he was the first Prime Minister who did not belong to Indian National Congress party and served a full five-year term. He is the proud recipient of Bharat Ratna – India’s highest civilian award.

Amul never hesitated in expressing the love for Atal Bihari Vajpayee and has always come out with caricatures that depicted their respect for the former prime minister, putting a smile on everyone’s faces.

1) After the government elected in 1996 collapsed, general elections were held in 1998. The toughly-contested elections failed to see an outcome as no party or alliance was able to create a strong majority. However, Atal Bihari Vajpayee regained the position of the PM with the support of 286 members out of 545. The government though collapsed again in late 1998 when the All India Anna Dravida Munnetra Kazhagam withdrew its support. 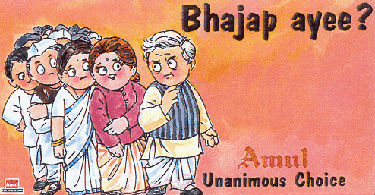 2) In an effort to bridge the existing gap between India and Pakistan, Atal Bihari Vajpayee started a bus service in 1999. But his offer of peace was returned with hatred when Pakistan backstabbed India leading the country to Kargil war. Vajpayee sanctioned India’s aggressive stance against Pakistan’s military moves and successfully led India to win the war.

3) This was a tribute to Atal Bihari Vajpayee when he announced his retirement from active politics after being in public life since 1951.  He had served as the prime minister of India between 1996 and 2004 in three consecutive terms. 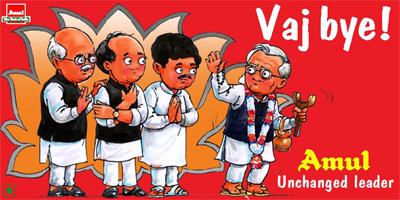 4) In 2014, India’s highest civilian honour Bharat Ratna was conferred on Vajpayee and on Pandit Madan Mohan Malviya. While BJP had been demanding a Bharat Ratna for Vajpayee for long, Prime Minister Narendra Modi in his election campaign had proposed the award for freedom fighter Pandit Malviya. 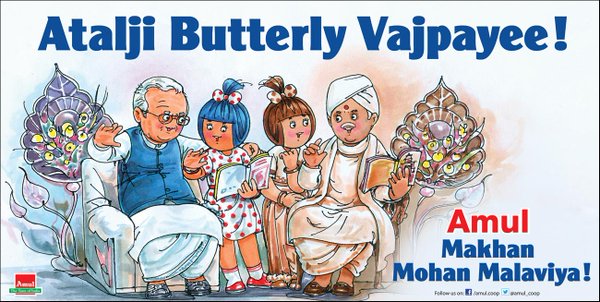