Kolkata transforms into a land of euphoria every year when Durga Puja approaches. Artists from across the country get to the work and build spectacular pandals with various themes ahead of Durga Puja festivities. They put in hours, days and months in making the majestic, larger than life Maa Durga idols. People thrive to these pandals to get a glimpse of Maa Durga which is without a doubt a sight to behold. The energy and the enthusiasm that people display during these 10 days of extravaganza is crazy! 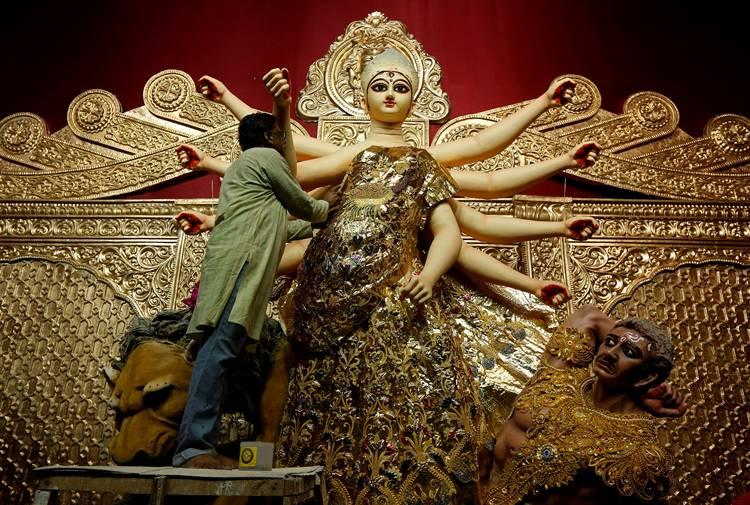 However, do you know how these glorious Durga maa idols are actually made? As per the traditional Hindu ritual, there are 4 things that you require to make Maa Durga idols – mud from the river Ganges, cow dung, cow urine and soil from a prostitute’s doorstep. It is pretty hypocritical that prostitutes, who are shunned and looked down upon all year round, are revered and offered respect this time of the year. Priests who are involved in making the idol require soil called “Punya Maati” from “nishiddho palli” which translates into forbidden territories. 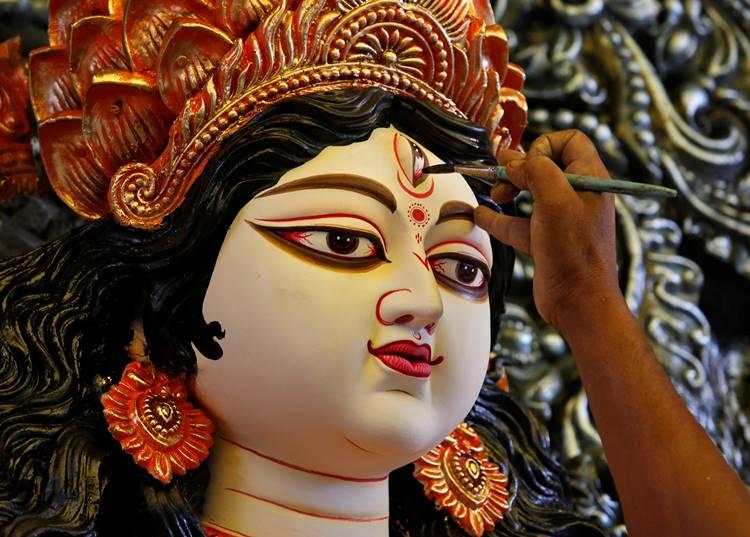 While there is no specific reason for this particular practice, the internet has thrown several theories as to why a soil from a prostitutes land is necessary to make Durga maa’s idol during Durga puja.

Soil outside a prostitute’s house is pure

Punya Maati is considered to be pure. It is believed that when a man enters a sex worker’s house, he leaves behind his virtue and purity outside the house making the soil at the doorstep pure.

Respect to the downtrodden 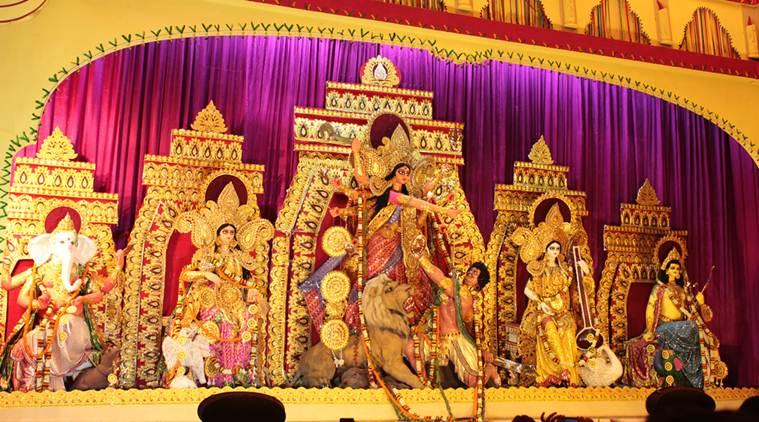 As per the Hindu mythology, the demon Mahishasura had tried to molest and humiliate Maa Durga before she destroyed him in the epic battle. Hence, the soil is taken from the forbidden territories to respect the women who have been humiliated and shunned by the society.

To purify their sins

Another theory suggests that the priests collect soil from the brothels to purify the sex workers who are believed to have committed a sin by choosing their profession. It is believed that a prostitute’s soul gets purified as the priest chants Vedic mantras while accepting the soil from outside her house.

Including all sections of the society 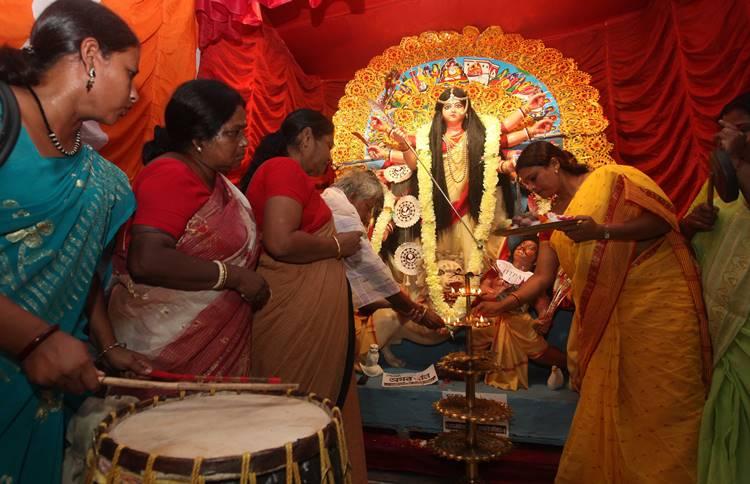 Manju Patra,92 (in white saree) a former sex worker during the inauguration of the first-ever Durga puja in Sonaganchi area, the biggest red light area in Asia, organised by the sex worker organisation Durbar in Kolkata. Express Photo by Partha Paul.

In a bid to bring all the sections of the society who are devotees of Maa Durga, the soil is taken from outside the doorstep of the sex workers. It is during this time that prostitutes are treated with utmost respect and are even welcomed to attend all the religious festivities held during the 10 days.

What do you think about this ritual?