A 10-year-old girl was allegedly raped by three men, including a 65-year-old watchman, for nearly three months in Bhopal. Preliminary investigations revealed that the victim, a class 5 student, was first lured to a house with a bribe of chocolates where she was repeatedly raped under the threat of killing her mother.

The watchman Nanhu Lal (65), Gokul Panwala (45), and Gyanendra Pandit (36) allegedly raped the girl in the house of one Suman Pandey (50) who has also been apprehended, police said. 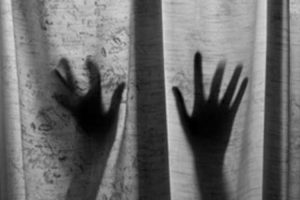 The victim’s father died last year and her mother began noticing changes in her health and behaviour around September, but the Class V student hesitated from revealing anything initially. When she narrated her ordeal, the girl’s mother registered a complaint with the police on Thursday. On the basis of the complaint, a case was registered under relevant sections of the IPC, including 376D (gangrape), and provisions of the Protection of Children from Sexual Offences Act (POCSO).

“She told us that the girl had been unusually quiet for the last few days. Initially, she did not speak, but later told her everything following with the mother filed a complaint against the accused,” Jehangirabad Police Station Inspector Preetam Singh Thakur told PTI.

The accused were thrashed by angry neighbours when they were en-route their respective houses to gather evidence as a part of investigation. The incident comes days after a woman was allegedly raped by four men for nearly three hours near the railway tracks in Bhopal when she was returning home after attending a coaching class on October 31.