Harvey Weinstein’s every-increasing list of alleged sexual assault just added yet another name. That of actress Salma Hayek. On October 5, the New York Times published a set of detailed sexual harassment allegations and the flames have refused to die down, with Hayek now revealing her harrowing experience with the former Miramax boss. In a chilling op-ed, Salma talks about how ‘Harvey Weinstein was her monster too’.

As a Mexican actor trying to make it in a predominantly white Hollywood, the actor recounts how Miramax and Weinstein’s support was a rare and even radical move for a major production house. 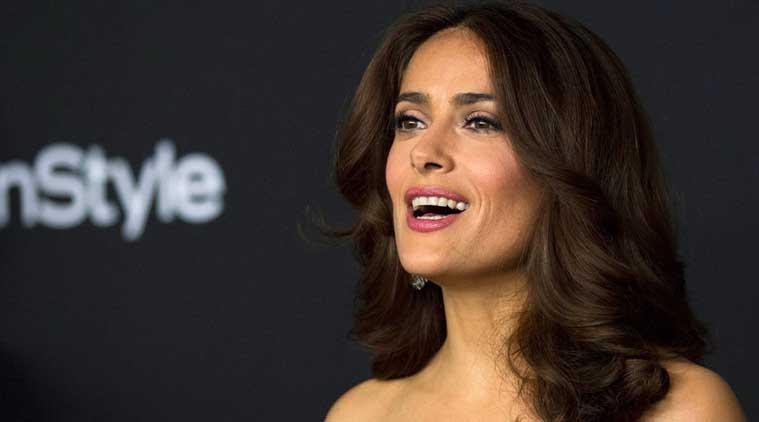 Hayek’s passion project, based on the life of Frida Kahlo, was given the green signal but little did she know that the film that would make her an iconic star, would be fraught with so many difficulties.

“I did not care about the money; I was so excited to work with him and that company. In my naïveté, I thought my dream had come true. He had validated the last 14 years of my life. He had taken a chance on me — a nobody. He had said yes.”

And that’s when the horror stories came true. Weinstein used his position of influence to force Hayek into complying with his ‘demands’:

“Little did I know it would become my turn to say no. No to opening the door to him at all hours of the night, hotel after hotel, location after location, where he would show up unexpectedly, including one location where I was doing a movie he wasn’t even involved with.

Weinstein once called her in the middle of the night to fire her agent because he had made Harvey angry, to physically dragging Hayek out of the premiere of Frida at the Venice Film Festival, just to force her into attending his private party to physically threatening her life.

“The range of his persuasion tactics went from sweet-talking me to that one time when, in an attack of fury, he said the terrifying words, ‘I will kill you, don’t think I can’t.'”

And when Hayek refused to give in to his demands or submit to his mercurial temperament, Weinstein made the production of Frida a living hell. With first-hand knowledge of Hayek’s determination to make the project, he tried to get the project shelved many times in a bid to intimidate her. He began putting impossible expectations on Hayek, trying to make sure that if he couldn’t have his way, then she surely couldn’t have her film.

When Hayek managed to meet Weinstein’s steep challenges while filming – he insisted that she get rid of her limp and the unibrow, the two traits that distinguished Frida Kahlo in the world. His logic was that Salma had made it in the industry due to her sex appeal, so if they wanted to continue shooting Hayek would have to shoot a sex scene with another woman. Further demanding full-frontal nudity.

“I arrived on the set the day we were to shoot the scene that I believed would save the movie. And for the first and last time in my career, I had a nervous breakdown: My body began to shake uncontrollably, my breath was short and I began to cry and cry, unable to stop, as if I were throwing up tears. It was not because I would be naked with another woman. It was because I would be naked with her for Harvey Weinstein. I had to take a tranquilizer, which eventually stopped the crying but made the vomiting worse. As you can imagine, this was not sexy, but it was the only way I could get through the scene.”

As if his bullying on the sets of the film wasn’t enough, Weinstein declared post-production that the film wasn’t ‘good enough’, and that he would release it directly to video (DVDs weren’t a thing back then). 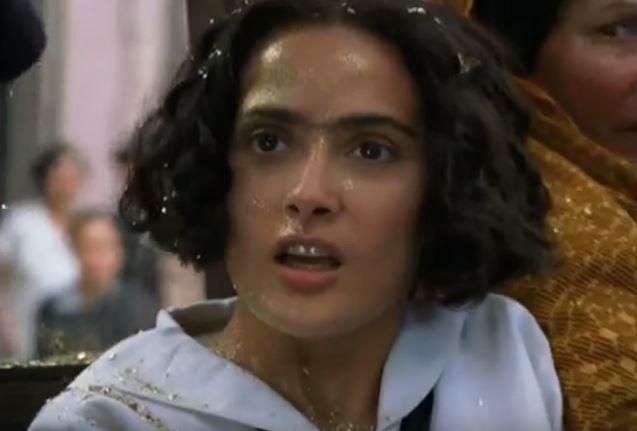 It was director Julie Taymor whose insistence along with Hayek’s that got Miramax to agree to a test screening in New York, where the film would have to score a minimum of 80 to get a theatrical release. To put things into perspective, only one out of 10 films get that score in a first screening. Frida managed to get an 85 and went on to win six Oscar nominations, including Best Actor for Salma Hayek.