Rajinikanth’s cult-classic Baasha released in theatres today in Tamil Nadu. Videos showing fan frenzy surfaced on the Internet which stamps the fact that Rajinikanth’s stardom cannot be challenged. The re-released version of the film has DTS 5.1 surround form, making it a better experience for fans. Earlier it was speculated the film would release on 12 December last year, on the birthday of the superstar.However, that plan didn’t work out probably because Rajinikanth refused to celebrate his birthday after the untimely demise of Tamil Nadu’s

However, that plan didn’t work out probably because Rajinikanth refused to celebrate his birthday after the untimely demise of Tamil Nadu’s former CM Jayalalithaa.

After some delay, the new version of the film was released and reportedly it ran to packed houses.

Rajinikanth’s son-in-law actor Dhanush took to Twitter on Friday to express his excitement. He wrote, “After 22 years, same excitement. ‘Baasha’,”, and added in Tamil a dialogue from the film: “‘Baasha’ never lets down good people; he’d only make them think.” 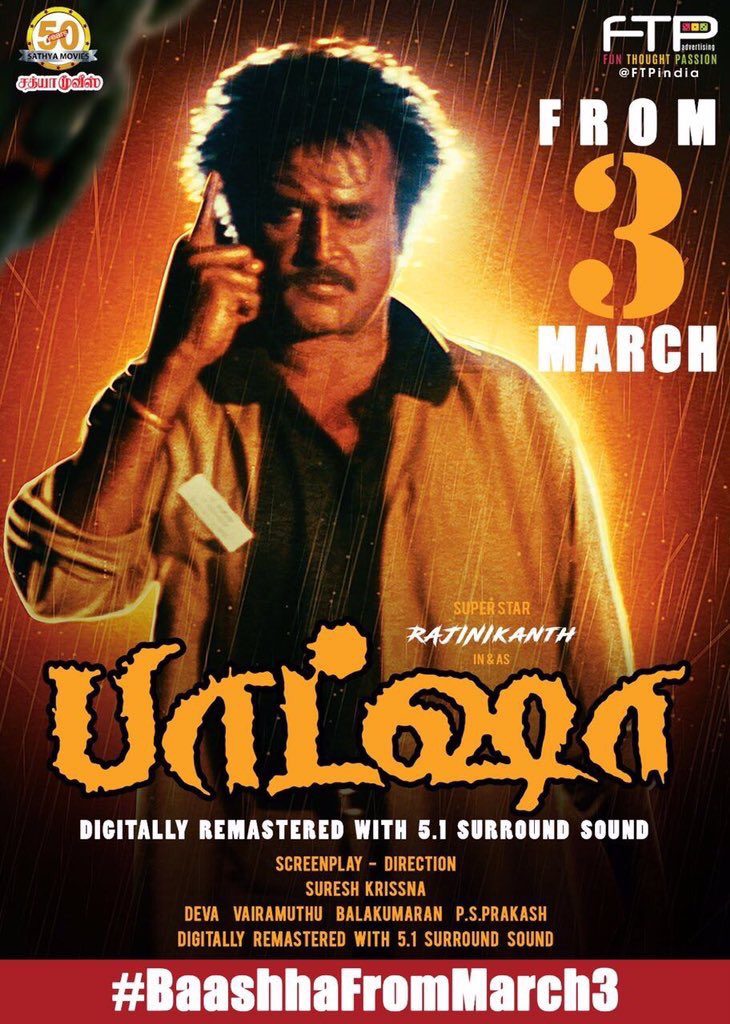 Baasha, helmed by Suresh Krissna is till date one of the biggest hits of Tamil cinema. The film featured Rajinikanth in the role of an auto-rickshaw driver and a don.

Also read: 2.0: Amy Jackson and Akshay Kumar to fight it out in the Rajinikanth film

On Friday, special shows were organised by Rajinikanth’s fans in select theatres across the city. Major multiplexes allocated their biggest screens for the film, which has opened to much fanfare. The film’s first audiences were the 65-year-old actor’s wife Latha Rajinikanth and daughter Aishwarya Dhanush.

I’m a huge fan of ‘Baasha’, but I never watched it on the big screen. This is the first time I got to watch it in a theatre and the experience has been electric. Nothing about the film has changed even after two decades. It’s probably the best commercial film

Celebrities like Manjima Mohan, actor Hrishikesh and composer and singer Anirudh Ravichander, also attended the special screening of the show.

Check out the videos here: