2.0 is one the highly awaited films of this year. It stars superstar Rajinikanth, Akshay Kumar and Amy Jackson in pivotal roles. The event to release the first look of the film was a grand one. Though Salman Khan was not on the guest list for the event, he dropped in uninvited and added to the star power of the event. 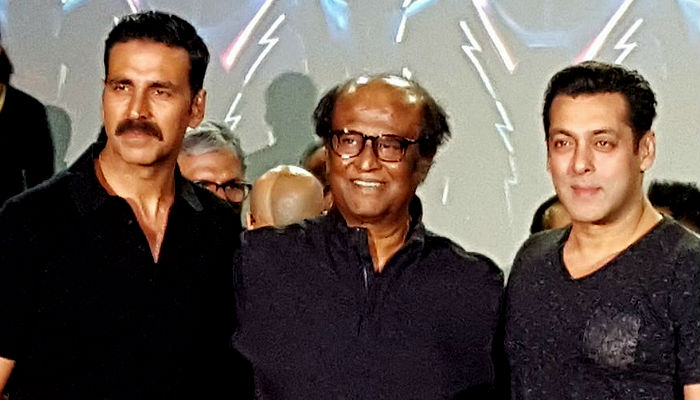 Last year, when Akshay Kumar’s look from the film was revealed, everyone was in awe of his immense transformation. He plays the antagonist in the film and Rajinikanth said that he is the bigger star in the film. Rajinikanth had said, I am not the hero of ‘2.0’, Akshay Kumar is. If given a choice, I would have loved to do that role. The entire country will applaud him when they see his work.

In the film, Rajinikanth plays the role of doctor-scientist Vaseegaran while Akshay essays the character of a scientist called Dr Richard. Akshay’s character turns into a Crow Man after an experiment goes wrong. It will really be interesting to see how these two characters give each other a tough time in the movie.

Loading romance..
For 2.o With ARR & Karky after today’s pack up pic.twitter.com/BZtwKe2abf

Slated for a release in Diwali, 2.o is the sequel of blockbuster Robot.