Shah Rukh Khan, who is busy shooting for Anand L Rai’s next, took some time out from his busy schedule and paid a visit to legendary actor Dilip Kumar. He visited the Qila actor at his residence on Tuesday, August 15 in Mumbai. Dilip Kumar’s wife and actress Saira Banu shared the images on Twitter. Posting the pictures, she even called the Jab Harry Met Sejal actor Dilip Kumar’s ‘mooh-bola beta.’

In the pictures, SRK can be seen along with Dilip Kumar and Saira Banu and needless to say these photos of two great actors of their respective generations are precious.

Dilip Kumar was recently discharged from Mumbai’s Lilavati hospital. The 94-year-old was admitted on August 2 due to dehydration and kidney issues. This was the third time the actor was admitted to the hospital. In April last year, he was hospitalised due to fever and nausea. However, Saira confirmed that his health had been improving. She took to twitter and informed that the King of Tragedy was ‘doing much better since return from the hospital.

Also Read: Dilip Kumar is stable, will be kept under observation for two days

“2/ @iamsrk visited Sahab this evening. Sahab’s doing much better since return from the hospital. Shukar Allah.” Check out the images here: 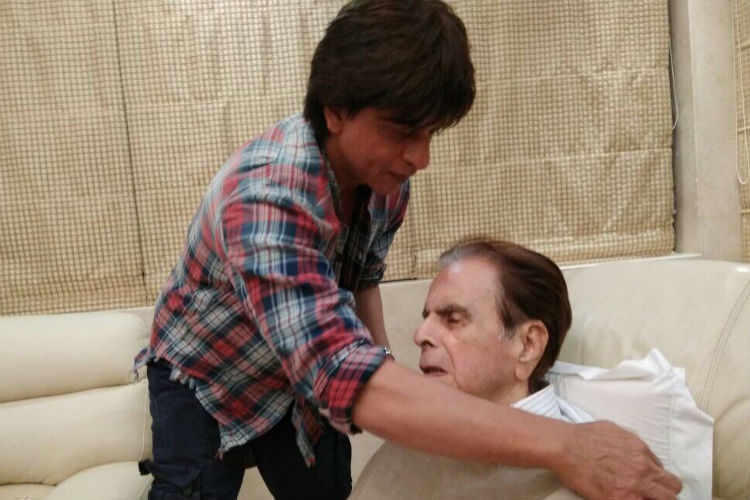 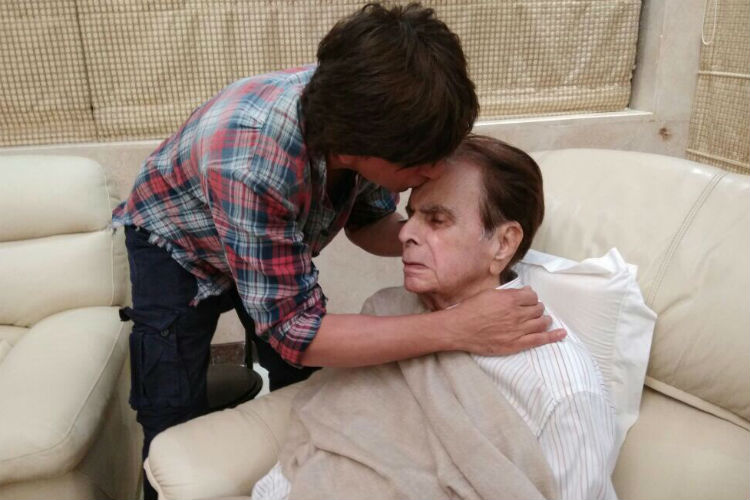 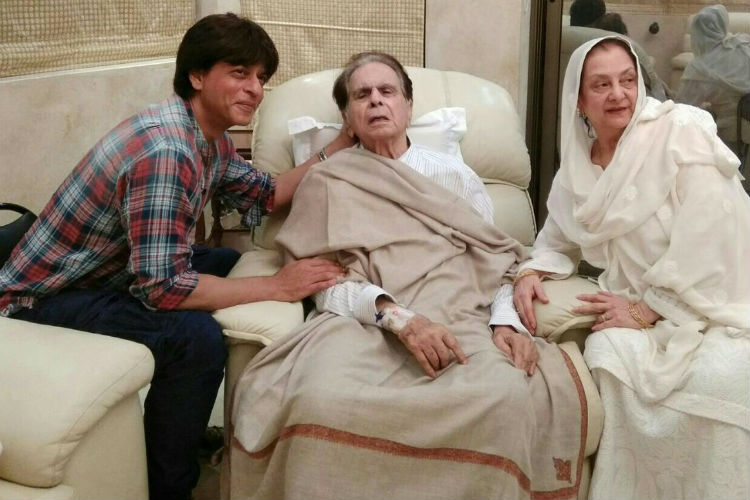 Last seen on the big screen in Qila in 1998, the actor was honoured with the Dadasaheb Phalke Award in 1994 and the Padma Vibhushan in 2015. He is known for films like Devdas, Mughal-e-Azam and Karma.