Sarabhai vs Sarabhai has had us ROFLing with its witty and very relatable humour. The series concluded its first season back in 2006 and we haven’t stopped talking about it since. So, back by popular demand, we have Sarabhai vs Sarabhai coming out as a Hotstar original web series. The first trailer for the upcoming season 2 is already out but, the cast is still muddled with the idea for a new name. That is why they need you.

Establishing how important we all are for this super-hilarious series, the cast, well, Sumeet Raghavan aka Saahil Sarabhai, has asked us to help name their new show. The latest trailer, shared by Hotstar, expressed that the Sarabhai family is “in dire need of YOUR help!” And given the suggestions they have come up with, it seems that way.

ALSO READ: Here’s what you can expect from the second season of Sarabhai vs Sarabhai 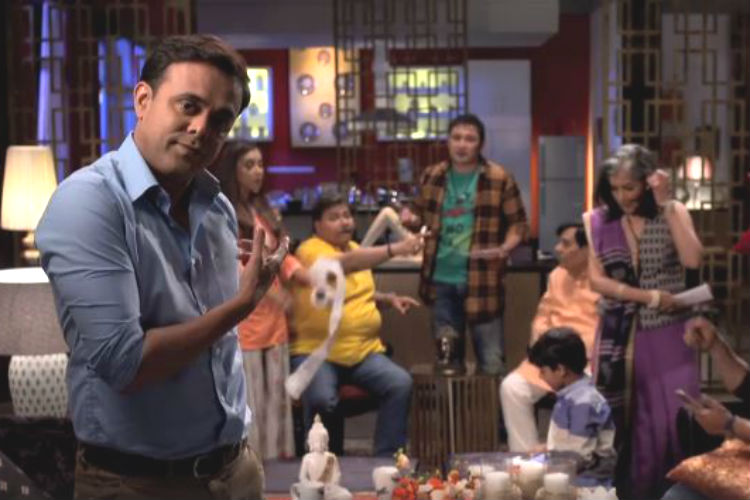 In the two minute long trailer, we see the Sarabhais coming up with ridiculous suggestions on what the new series should be named. The first to come up with a name is obviously the chirpy Monisha. Barging in on the conversation, she yells out, ‘Sarabhai vs Sarabhai- Masala Maarke’ to which her mother-in-law Maya retorts, “Ye kisi ghatiya maida noodles ka ishtehaar lagta hain.” Adding on to her classic Monisha bashing, she says the two words we have all been dying to hear. “Masala maarke is gastronomically middle-class.”

ALSO READ: Not just Sarabhai vs Sarabhai, here are 7 comedy shows that need to make a comeback

More suggestions pour in including a lengthy and obviously poetic name from Rosesh. And then there’s Maya’s elegant suggestion, ‘Sarabhai vs Sarabhai- Encore’. But, it doesn’t really have the SvS ring to it, does it?

In all seriousness, can you think of a name to help out our favourite show? Go to this link and comment your suggestion below the video.