The second official trailer of Telugu actor Allu Arjun’s Duvvada Jagannadham has been released. The second trailer was revealed during the audio launch of the film at Hyderabad on Sunday night. The film, written and directed by Hari Shankar of Gabbar Singh and Subramanyam For Sale fame has been produced by Dil Raju. Duvvada Jagannadham features Pooja Hegde of Hrithik Roshan’s Mohenjo Daro fame as the female lead.

The one-minute and sixteen-second trailer introduces the viewers to a group of baddies who Allu Arjun will be taking on. The trailer shows the Telugu actor introducing himself as ‘the most interesting and entertaining character, DJ.’ The actor is also shown as an innocent Brahmin cook, Jagannadham. The trailer also highlights the romantic chemistry between Allu Arjun and Pooja Hegde in Gudilo Badilo Madilo song. 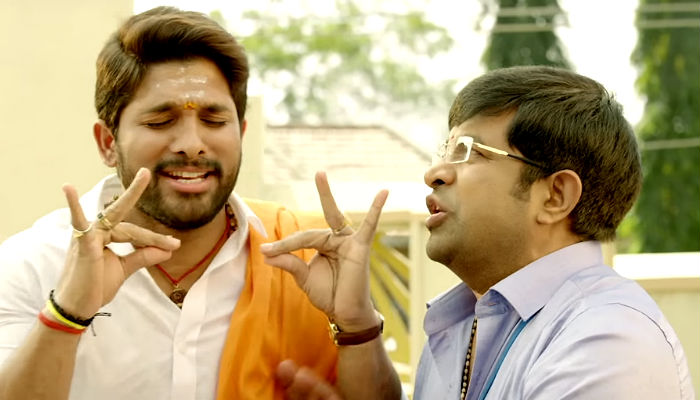 Duvvada Jagannadham is all set for a mega clash on June 23 with actor Salman Khan starrer Tubelight at the Box Office.