The official trailer of Telugu actor Allu Arjun’s Eid release Duvvada Jagannadham has been released and is making waves across social media, as expected. The film, written and directed by Hari Shankar of Gabbar Singh and Subramanyam For Sale fame has been produced by Dil Raju. DJ is Allu Arjun’s release of 2017 and also marks the third outing of the actor and producer Dil Raju. The superstar-director duo had previously collaborated for Arya and Parugu, both the films turned out to be blockbusters at the Box Office. DJ features Hrithik Roshan’s Mohenjo Daro fame Pooja Hegde as the female lead.

Also read: Tubelight vs Duvvada Jagannadham: Allu Arjun to take on Salman Khan at the Box Office on Eid 2017 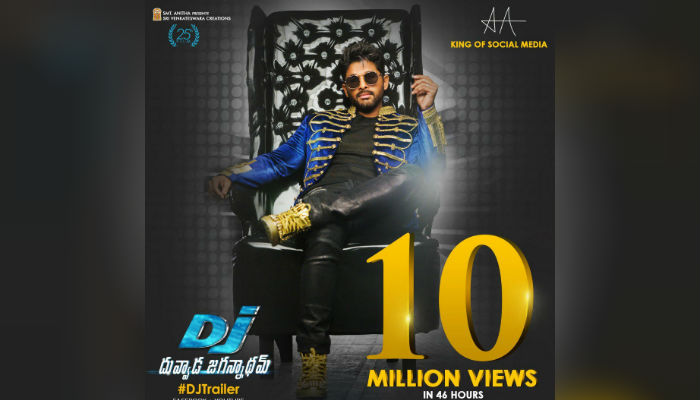 DJ trailer features Allu Arjun in a double role, one as a simple Brahmin cook and another in which he’s doing stylish stunt scenes. DJ is all set for a mega clash on June 23 with actor Salman Khan starrer Tubelight.