Mythological soaps have gained an immense following over the years. It all started with Ramanand Sagar’s epic Ramayana followed by Ravi Chopra’s Mahabharata which made dharm stories so popular in the country that the streets used to be deserted during their airtime. Whether it be Vishnu Puran, Jai Ganesh, Jai Shri Krishna, Mahadeva, Maa Durga, Maa Lakshmi, Jai Santoshi Maa, and more, we have had shows on every Hindu God. While there’s no denying that most of these shows on Hindi deities enjoy a tremendous fan following, they are all bound by a common fault – all of these shows glorify the Gods.

However, one of the recent mythological TV shows, Mahakali, which airs on Colors, has changed the perspective on how a Hindi mythological show needs to be approached. It tells the story of Parvati – an important Indian Goddess – and her journey of becoming Maha Kali. While the same story has been told umpteen times, it is striking to see that this TV show does not glorify her, rather focuses on her deeds.

In the show, Mahakali does the same thing, that most of us have heard in stories — killing asuras and saving the world. But what makes the show stand out is an in-depth characterisation of the Goddess, detailing the motive for the killings and how she justifies the role of being Mahakali. Mahakali or Kali Maa, as described in Hindu texts is the goddess of anger and represents the destructive and vengeful side of women.

In an age when Hindi TV doesn’t seem to think beyond the mundane saas-bahu dramas, here’s a TV show which portrays women empowerment, gender equality and teaches the true meaning of relationships and does it in a way which would relate to the masses — telling the story of Gods. In one of the episodes, when Mahakali sets on a journey to kill Taruk (one of the Rakshas), she is confronted by his wife, Taruka, who has been a great worshipper of Parvati. Taruka tells Mahakali that she won’t let her behead her husband. She also reminds her of the vow that Parvati had entrusted with her — that no God or Goddess can defy her in her jungle if she is following her ‘patni dharma’. However, Mahakali enlightens Taruka by telling her that ‘patni dharma’ gets annulled when the pati is as pervert as Taruk. She also tells the woman that there’s no point saving her husband because by doing that, she would be stripping herself of her own dignity. She also emphasises that no man had a right to beat her wife and think of her as a servant.

Also read: Dance Plus 3: Slow motion or funny tactics, why Raghav Juyal is the BEST host on TV currently 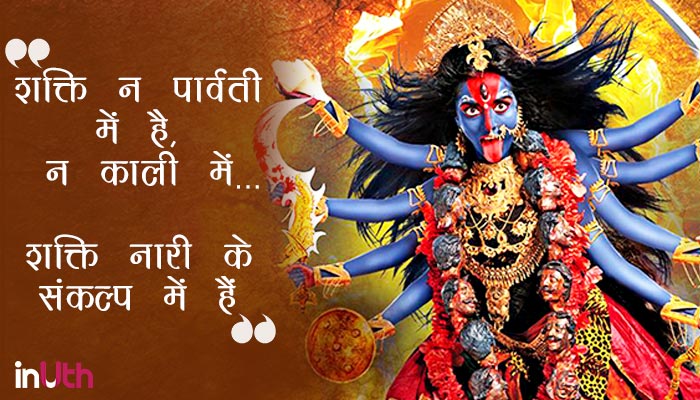 A dialogue from Mahakali TV show

Now, while the show could have just shown Mahakali killing Taruk and therefore establishing the triumph of good over evil, but it didn’t choose the easy road. The makers have, here, tried to humanise mythology, focusing more on the reason than the action.

The story of Mahakali is not just about glorifying Mahakali or presenting her in a larger than life avatar, but rather portraying Gods’ humanity and reason. It presents the relationship between Shiva and Paravati as that of any ideal married couple. It is Shiva who helps his wife realise that she has the power to bring change. And in lieu, Parvati makes every effort possible to not let down her husband.

Not many mythological shows have been successful in building such kind of connect with the audience, but Mahakali is doing it quite fabulously.