Bigg Boss 11 has total 18 contestants. The reality TV show which is being hosted by Salman Khan for the sixth time in a row has a rather distinct line-up of contestants this year as compared to its previous seasons. While male participants like Hiten Tejwani, Akash Anil Dadlani, Vikas Gupta, Puneesh Sharma, Priyank Sharma, Luv Tyagi, Sabyasachi Satpathy, Zubair Khan are an interesting lot, it’s the female housemates, both celebs and commoners, who are commanding our attention. Most of these women are mighty, unabashed and fearless and have no qualms calling a spade a spade. In fact, even the commoners who have come from places that don’t favour women speaking up or taking control of their lives, have been brave, vocal and proudly taken confident decisions. Check this out: 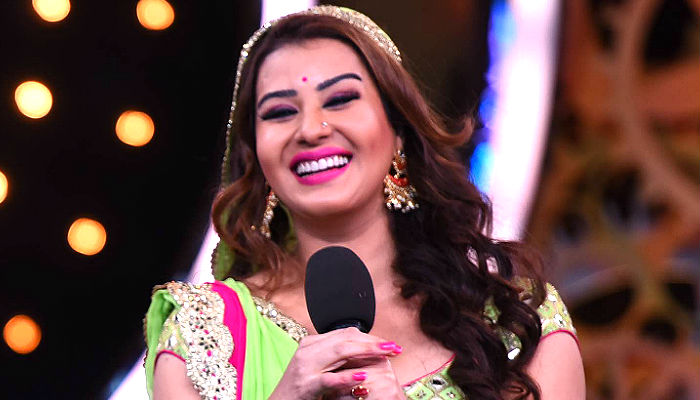 The actress is more popular as ‘Angoori Bhabhi’ is in the house. She was in the news for quitting her TV show, Bhabi Ji Ghar Par Hain mid-way and publically fighting with the producers. But, in an interview, the actress revealed how she was subjected to sexual harassment by Sanjay Kohli, the producer of the show and how his wife Binaifer Kohli threatened her to keep mum. Explaining what she went through and why she kept mum initially, she said:

I had been working in Bhabi Ji Ghar Par Hai since November 20. Our set was located at Palghar. Right from the beginning, Sanjay Kohli has always behaved in a way that would put me to shame but, I preferred ignoring because you come across such kind of people in the TV industry very often. Often, he would he pass remarks like: I like you a lot. You are very sexy. You are very hot. And while saying such things, he would hug me forcefully and would touch my waist and breasts. I would resist but he would brush aside the incident saying: Oh, it was a mistake. Come on yeh sab toh chalta hai.

For a long time I kept quiet because my money was pending with him and I feared that I would not get my hard-earned money. However, Sanjay’s behaviour never changed and this disturbed my mental peace. I spoke to his wife Binaifer Kohli who asked me to stay quiet. Instead of supporting me she threatened me saying that she would throw me out of the show and ruin my career.

The next day, Sanjay entered my make-up room and said that he doesn’t want me out of the show. He also expressed his desire to get into a physical relationship with me since according to him it was not wrong.

In fact, she had also organised a press conference with a few MNS workers to narrate her side of the story. Watch this:

Now, whether Shilpa’s stance on the issue was right or wrong isn’t the moot point here. What is admirable is the fact how a TV actress fearlessly voiced her opinion against sexual exploitation and at the same time, also not worrying about going against powerful people. Don’t you think it takes a lot of courage to put your profession as well as money at stake and challenge someone who is quite capable of hampering your career? Well, Shilpa is definitely an inspiration for many aspiring actresses out there. 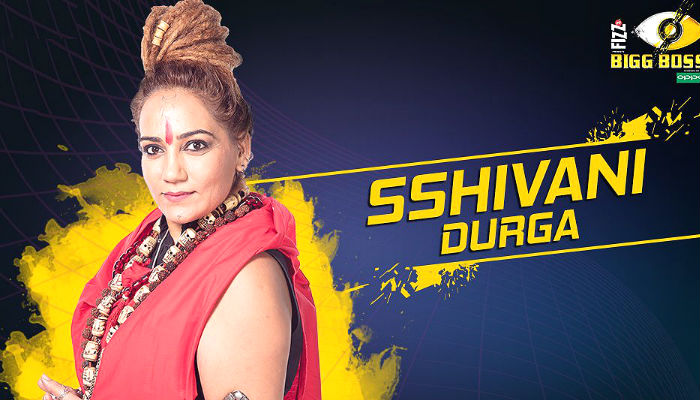 The last season of Bigg Boss saw a self-acclaimed ‘godman’ — Swami Om. The man was sexist, racist and violent and any attempt to decipher his true character was pointless. This year, the makers have roped in a female tantrik, Sshivani Durga, who is a Ph.D. in Occult, Haitian Vodou, Wicca, Tantra, Dasha Mahavidya and Karma Kanda.  The lady is here with a sensible mission, unlike Swami Om. While talking about her purpose to enter the show, she said:

There is such a misconception about tantrics and aghoris and what they do. My aim is to try and dispel that through the platform. I want to show that not all tantrics are bad or indulge in bad practices. I know it’s a very controversial show but I only want to see the positive here. I see a platform that I can use to spread the word about tantra and spirituality. If I try, I can stay away from all the negativity in the house.

Surprisingly, Sshivani is not too comfortable being associated with the concept of a godwoman. She said:

I don’t like the term godman or godwoman, and I certainly don’t use that. Nobody is God. We are all humans and people just like to use others’ gullibility to con them into thinking they are Godmen. I am actually against all such conmen. I know initially people will judge me because of who I am. But I’m sure, as they will see me over the days and the weeks, they will come to see me for who I am and stop judging me.

So, Bigg Boss 11 now has a woman occultist who’s adamant to change people’s perception about the world of tantra-mantra. Something interesting to watch out for, isn’t it? 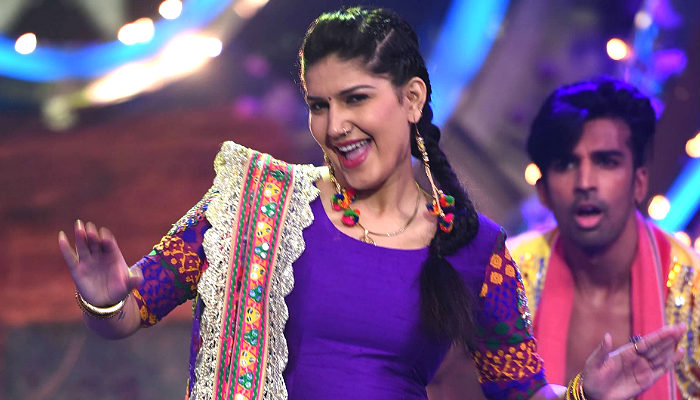 Sapna is a popular Haryanvi performer who was in the news last year for attempting suicide. The entertainer had alleged in her suicide note that she had been getting a lot of backlash for dancing in front of men and had also been slut-shamed for the same at many occasions. Sapna is a star among her fans and her videos on YouTube get tremendous views. Check out these:

Now watch this interview of Sapna where she can be confidently seen talking about her profession:

When she entered Bigg Boss 11, host Salman asked the reason behind her suicide attempt. She honestly accepted that she was fed up with people judging her for her profession. But now, she declared that she has more vigour and courage to fight back and she will not let anybody shame her for her life decisions. In fact, when one of the contestants asked her to comment on her performances being deemed as ‘ashleel,’ Salman helped her and said: ‘How are her performances ashleel when she dances fully covered?’ Later, when she was again questioned on taking money for her performances, the host once again shushed the contestants and said ‘Toh kya free me naache hum?’

Sapna has seen death closely. She has always maintained that she doesn’t feel guilty about what she does to earn money. If she isn’t supposed to be strong, then who else is? 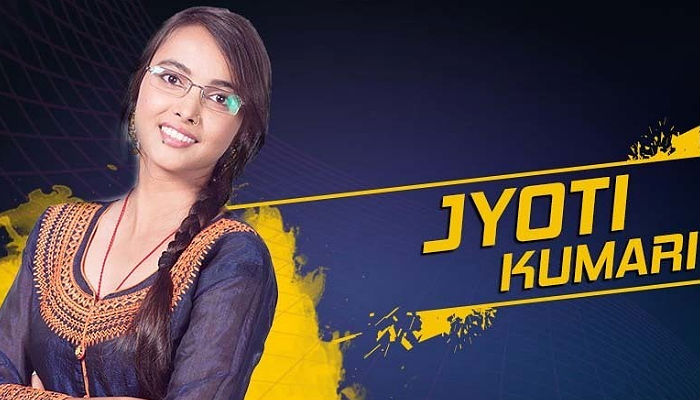 She is probably the youngest contestant this season. Jyoti is a pursuing graduation in History from Delhi University’s Hansraj College. The girl belongs to Masaurhi, a small village in Bihar where her father is a peon. Jyoti topped her Xth and X11th standard’s exams and aims to become an IAS officer. What’s commendable about this simple girl is how she fought gender inequality and convinced her family to allow her to pursue higher education considering no girl in that village had ever stepped out to study further. What’s more? The young woman gave tuitions to the kids in her area to fund her own education.

She’s definitely one of those who doesn’t mind working a little extra hard and walking that extra mile to achieve their dreams. Quite inspirational! 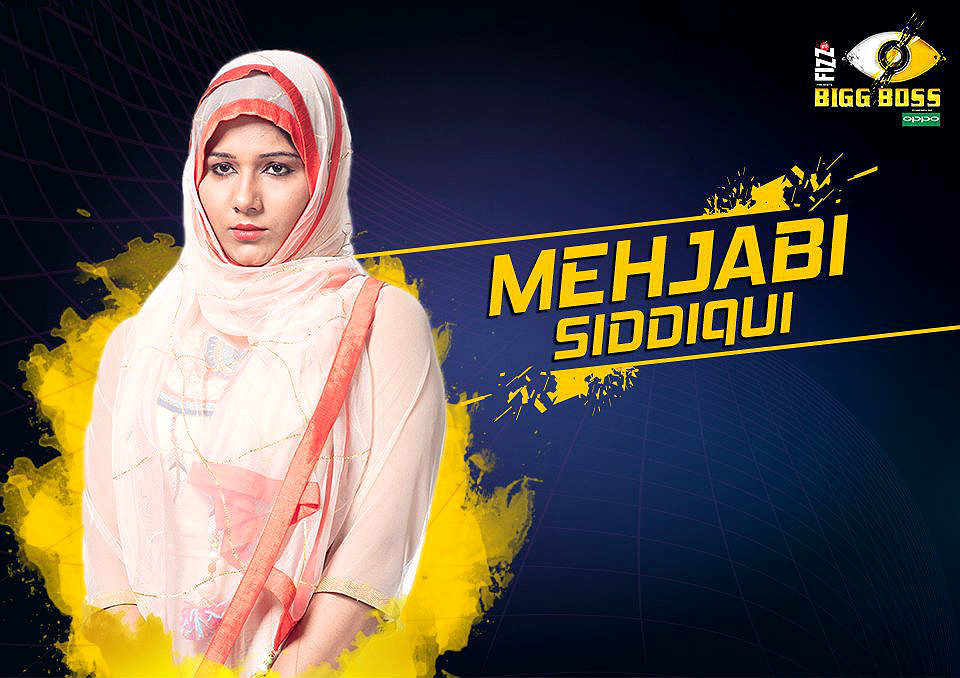 Other interesting female faces in the house include Mehjabi Siddiqui, Benafsha Soonawala, Hina Khan, Bandgi Kalra, Arshi Khan and Lucinda Nicholas. While not much is known about Arshi, Bandgi and Lucinda, both Hina and Benafsha are popular on social media. In fact, Hina has been the loved bahu for a long time. Mehjabi, who is one of the commoners in the show, also has a clear agenda. She says she has entered Bigg Boss house to inspire housewives of the nation and wants to become the voice of all women who think that their only job is to manage the household chores. Both Arshi and Bandgi, too, have introduced themselves as women who are not going to stay silent if anybody tries to mess with them.

Bold promises, a strong past and a will to win — these ferocious women in Bigg Boss this year are going to be a treat to watch. Given their striking personalities and bold intentions, it won’t be surprising if one of them ends up winning the show. We are quite positive already.