The first episode of the eleventh season of Bigg Boss had everything one would expect it to have. On the first day itself, the audience witnessed some exaggerated fights and dramatic characters. One of the biggest highlights of October 2nd’s episode was Zubair Khan, Sapna Choudhary and Vikas Gupta, Shilpa Shinde’s war of words. And in just a day, the viewers have already chosen their least favourite contestant and that is Zubair Khan.

After the first episode aired, many viewers took to Twitter to express their opinion on the first fight. While a few seemed quite displeased with Zubair, many tweeps felt that he was spreading filth in the house and should be thrown out immediately. On the first day, Zubair’s choice of words offended Sapna which led to an exchange of verbal blows. Just when that quarrel finally ended, Zubair got involved in another fight (which was too close to becoming violent) with Puneesh Sharma, the owner of Playboy club in Gurugram. The second fight became so intense and ugly that some inmates had to intervene to prevent Zubair and Puneesh from physically hurting each other. At one point, Zubair even boasted how big ministers couldn’t do any harm to him, basically implying that he was not intimated by the club owner. 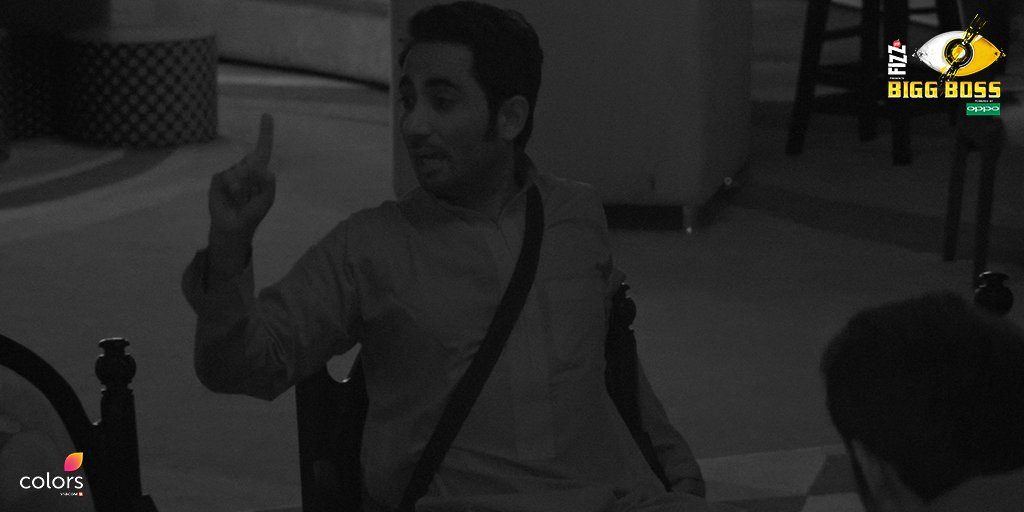 Coming back to the least favourite contestant as of now, here’s what Twitteratis had to say about Zubair’s attention-drawing antics.

Check out what they tweeted about him:

& I so want this Zubair & Arshi to be out of this house
Attention seekers & fake personality creating a whole lot of drama#BiggBoss11 https://t.co/Pb01fBqOIa

This #ZubairKhan is big cheapo,Initially was trying to seek sympathy.

#ZubairKhan has no manners! & how conveniently othr housemates asked #SapnaChaudhary to stay shut rather than stopping this douche!#BB11

Omg this #ZubairKhan is driving me insane. He’s such a ruffian – please get him out! #biggboss11

He is so arrogant.first he tried to gain sympathy. talking abt his kids.Whn enterd BB d way he introduced himself was too rough #ZubairKhan

Besides Zubair and Puneesh, another fight which took place in the house was between Vikas Gupta and Shilpa Shinde. A hint of their troubled relationship unfolded on the premiere night itself when the two indulged in a small heated argument. The fight started when Vikas apparently said that Shilpa came on Bigg Boss 11 because she didn’t have anything else to do.

Meanwhile, Hina Khan and Benafsha Soonawalla’s birthday celebrations changed everyone’s mood and the environment in the house. Take a look at pictures from the celebrations:

The #BB11 contestants have fun celebrating @eyehinakhan and @BenafshaSoona’s birthday! Don’t you think cake brings everyone together? pic.twitter.com/pQB3MdYhYJ

With viewers disliking Zubair so early in the show, we wonder if he would last long enough in the show or not.