While the latest episode of Koffee With Karan saw Priyanka Chopra having lots of crazy fun on the couch, the upcoming one is even more interesting. The next episode of Karan Johar’s celebrity chat show will have the coolest father-son jodi of B-Town in Tiger Shroff and Jackie Shroff.

The Koffee tease of the upcoming episode was fun-filled with a lot of candid revelations and happy moments of Jackie and Tiger. While Tiger was a bit shy when it comes to giving answers in front of Jackie, the daddy cool was in his evergreen flamboyant mood.

When Karan asked Tiger about his girlfriends and love life, the actor revealed that he has had a lot of crushes and one of them was none other than Shraddha Kapoor. And without even letting him finish his statement, daddy Jackie immediately said that love is such a stupid word.

But, when Karan asked Jackie Shroff about the women who broke many hearts when she got married, he instantly answered Madhuri Dixit. Then again he took Madhuri’s name when asked about whom does he think is a sexy siren and the girl next door. Well, Jackie clearly looked obsessed with Mrs. Nene!

Also read: Koffee With Karan: These 5 steamy confessions of Priyanka Chopra will make you go red 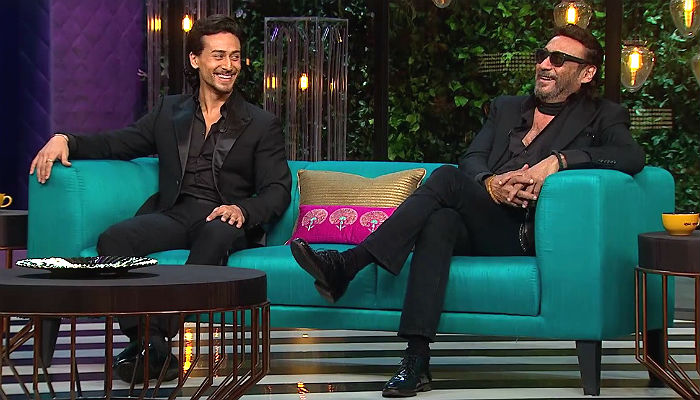 And the best part was when Tiger revealed that he would never go to his father for advice on sex. He said that it is so embarrassing and he fears Jackie could get extra adventurous with his advice. 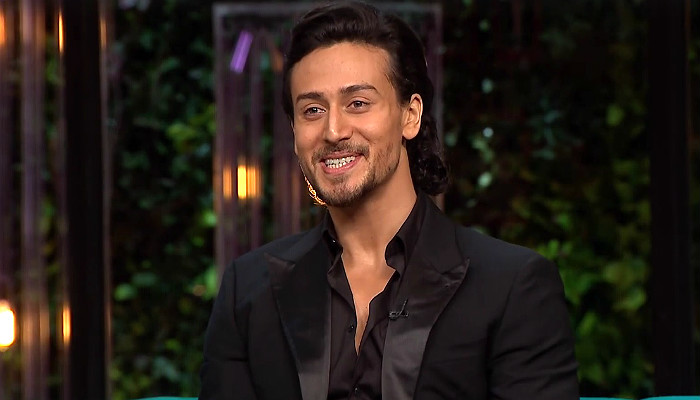 Tiger Shroff on the sets of Koffee With Karan
(Courtesy: Facebook screenshot|@StarWorld)

Well, this one is going to be one hell of an episode and will surely redefine the father-son relationship for many!