Pooja Sharma of Mahakali– Anth hi Aarambh Hai is winning hearts with her portrayal of Goddess Kali in the Colors TV show. The actress has perfected the role and is one of the reasons the show performs well on the TRP charts. As the lead character of this mythological drama, Pooja is doing a commendable job. While we love to see Pooja in her mythological avatar, there is an another side of her too. Well, as we went through her Instagram page, and witnessed the sizzling side of Pooja Sharma, which we are sure would be a treat for her fans.

The 28-year-old actress made her acting debut in Star Plus’ Teri Meri Love Stories with Karan Kundra. She then went on and worked in Pavitra Rishta. This is not the first time she is playing such mythological character in a show. For those who don’t know Pooja earlier essayed the role of Draupadi in Star Plus’ famous show Mahabharat.

Check out the picture of the actress from her latest show Mahakali here: 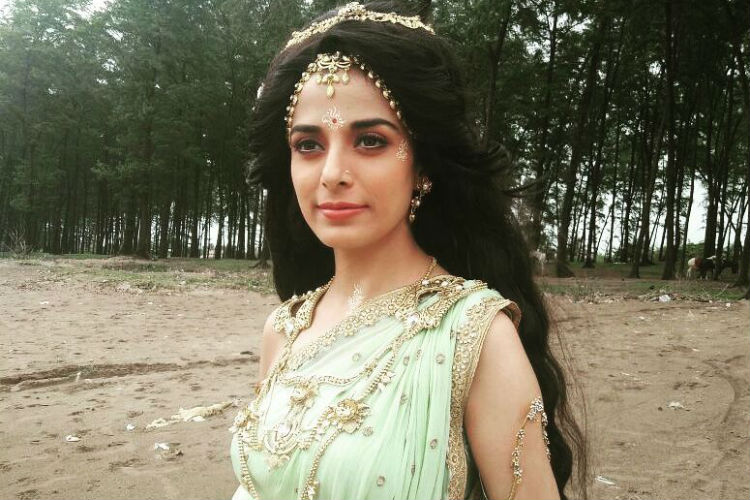 Talking about her personal life, Pooja Sharma seems to be a totally different person as compared to her reel life. Like every other girl, she also loves to step out with her family and friends. After checking out her several Instagram pictures, we must say she looks damn hot. So, here take a look at 10 hot pictures of Pooja Sharma which will force you to believe that she should try some glamorous role as well.

My answer to the PEACOCK controversy ….Naaaaaah kidding Just came to say …Hi all

With my lovely girls 😀

The lush greens of my resort in bhutan…

So, after checking out the pictures of the actress, what do you think about this side of Pooja Sharma’s life?