Game of Thrones is known to not satisfy their fans’ wishes. Right from crippling young Bran to killing most of the Starks, creators David Benioff and D. B. Weiss, and of course, George R. R. Martin, are known to be quite notorious. We don’t really expect them to leave any Game of Thrones character in peace but, this time, they are planning something utterly diabolical. Apparently, the Brienne and Tormund ship has been bothering the showrunners and they’re about to add a twist to their story.

While talking about the hinted attraction between Tormund and Brienne, Benioff told Entertainment Weekly that they need to kill one of these two characters. “We need to kill one of them now because there can’t be a happy ending or any romantic connection on the show,” he said. “But we’re not going to tell you which one.” 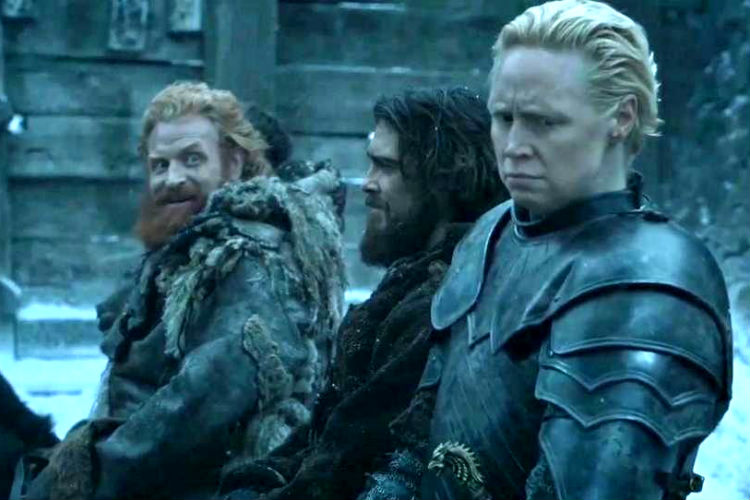 Why must they do this, you ask? Well, it’s all thanks to some impromptu chemistry between the two characters. Apparently, the scene where Tormund just stares gleefully at Brienne while the two ride horses alongside one another, was unscripted. That scene became pivotal to the Brienne-Tormund ship and it was really nice and sweet. Now, since, we can’t have happy endings in Game of Thrones, this ship needs to sink and sink hard! We really hope they’re just messing with us ’cause we’re not ready for this after.

On the plus side, the creators are still only writing season 8, which might take as long as 2019 to come out. So, we have a lot of time to mentally and physically prepare ourselves for the blow.