Game of Thrones is undoubtedly a huge success, perhaps more so than creators David Benioff and DB Weiss would have expected it to be and with the response to GoT’s season 7, which premiered a few days ago, is only a testament to the show’s high standing. However, the same cannot be said for the creators’ upcoming alternate reality venture named Confederate, which is already facing a lot of backlash for dealing with legal slavery.

Confederate is set in an alternate reality during the Third American Civil War where the southern states disaffiliated themselves successfully with a new nation where slavery continues to be legal. The idea of dealing with slavery that is legal has not gone well with people on social media, especially Twitter, who came out to bash the series even before it went on the floor.

ALSO READ: Game of Thrones S07E02: Everything you can expect from the next episode, ‘Stormborn’ 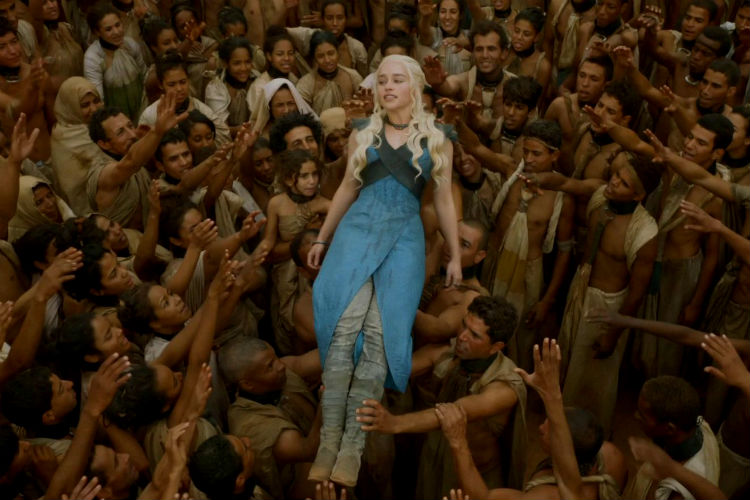 Game of Thrones character is celebrated Daenerys Targaryen after she frees slaves from the fictional city of Astapor.

Game of Thrones fans would remember that the show, which is set in a different universe, heavily featured the concept of slavery and banishing it was one of the main plot points of seasons 3-5. However, with this new series, people are not happy.

Here are some tweets where Twitterati brutally rejected Confederate:

Game of thrones just got called out for not having enough diversity and then the writers came up with #Confederate pic.twitter.com/IgbkYQToux

ya mcm greenlit a show about slavery to the folks behind pic.twitter.com/IW01HUkjGY

Feels like HBO should greenlight my show, in which the African slave trade never existed, as parity: https://t.co/kE50GNSwvO

ya mcm greenlit a show about slavery to the folks behind pic.twitter.com/IW01HUkjGY

GoT is a fantasy show, I don’t think I want a reproduction of actual history that deals with sex/violence along the same aesthetic lines.

I don’t know how you keep your sanity in a society so crazy it’s still having public slavery fantasies. I really don’t. Maybe you can’t.

Me, watching twitter implode to the sound of HBO’s #Confederate announcement pic.twitter.com/m2mmDeG0BR