Hindi television has reduced female characters to damsels in distress and has been portraying them as ‘miss goody-two-shoes’ for a really long time with the credit (obviously) going to Ekta Kapoor. This poignant reminder was made by Allahabad’s Diksha Bijlani, a prolific slam poet known for poems like ‘When I Say You Will Never Understand Me’ and ‘Tinderella’. Her recent video, which has garnered 34k views on YouTube, Dear Ekta Kapoor marvellously crushes everything that is wrong with the Indian television serials and its regressive portrayal of women protagonists.

In the video, Diksha called out to some of Ekta Kapoor’s most ‘historic’ characters like Komolika of Kasauti Zindagi Kay who was the epitome of wickedness and the ‘beacon of hate’. Apart from demolishing how women hopelessly oblige their husbands, Diksha also established that the Indian serials were NOT a reflection of the society.

When a leading daily asked Diksha why she went all against Ekta Kapoor in the poem, she said,

Diksha highlighted how these weird norms that she was exposed to when she was young defined her thought process. The poor girl ended up believing that her only purpose in life was to please her husband and being submissive so that her ‘new family’ would accept her.

It was only after Diksha left her hometown, Allahabad, that she realised how fundamentally wrong her whole notion of marriage and her life post-marriage was. Today, many might argue that Ekta Kapoor’s serials are no longer regressive, but what about the damage Ekta’s fancy world of television did to a generation that thinks a woman’s sole job is to either be a wicked vamp or the ‘sundar susheel’ mother who can’t do anything but bear sorrows. 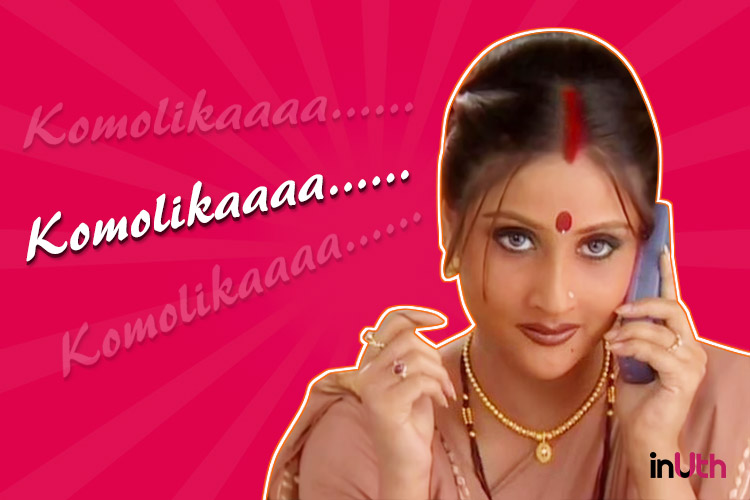 With this poem, the young poet wants to highlight the fact that television serials and their impact cannot be negated. By portraying women as the ‘vamps’, these serials only served as another excuse for oppressors to follow the fictionalised ‘Indian culture’ and treat women in a bad manner.

At a time when many women have made it their life’s motive to fight against patriarchy, Indian serials try to reverse the clock and wash off all the hard work.

Thank you Diksha for taking this up!