Shilpa Shinde and Vikas Gupta can’t go through a day without crossing each other’s paths on Bigg Boss 11. There’s not even a single day where the two are not seen fighting or indulging in an inappropriate behaviour. The reason behind all the arguments is their common past. Both belong to Hindi television. Vikas has been the head of the channel which ‘ousted’ Shilpa from her popular TV show. The actress is now hell-bent on making Vikas’s life tough inside the house.

There are no substantial reasons behind their fights. Most of the time, it is Shilpa who, with her tactics, tries to annoy Vikas and more often than not, the man loses his temper. This behaviour seemed entertaining in the beginning. Probably because people thought it would lead to some big revelation about what led to Shilpa’s ouster from Bhabi Ji Ghar Par Hai. But, now these pointless fights have become a headache even for the viewers. Seems like Shilpa’s sole motive to enter the show was to take revenge from Vikas and not entertain people or present her side of the story on the matter. 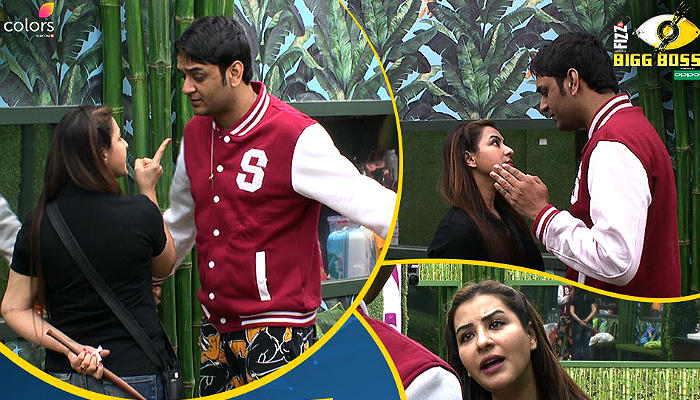 In last night’s episode, the actress started eating from Vikas’s plate, targeted him by singing ‘Ban Gaya Kutta’. She started walking towards the man refusing to stop annoying him, but when Vikas did the same, she stopped him saying that he can’t come close to a woman like this on the show. The rest of the contestants, too, appeared heavily frustrated with these fights which have now become a daily cause of disturbance in the house. This has also started reflecting in their behaviour. When Vikas threw eggs on the floor, expressing his anger against Shilpa, others refused to clean it up. Jyoti tried to sort out their fight in the bathroom but left when she realised that all her efforts were in vain.

This fight doesn’t seem to end anytime soon! Catch the drama between Shilpa and @lostboy54, tonight at 10:30 PM on #BB11. #BBSneakPeek pic.twitter.com/zNHZCt6oVi

Vikas-Shilpa’s fight is getting too much to handle now. Shilpa is hell-bent on troubling Vikas because she believes he is the cause of all her problems since her ouster from Bhabhi Ji Ghar Par Hai.  Vikas is also letting the actress bother him. He seems helpless at times, not knowing how to tackle her behaviour. And we are now bored seeing the same Tom and Jerry scene every day.