Bigg Boss 11 is turning out to be one of the most controversial seasons of the reality show’s run in India. Nasty fights, personal attacks on inmates, homophobia and a general lack of sensitivity – that seems to be the central theme this year. After a nasty war of words between Zubair Khan and Salman Khan, and house members joking about Vikas Gupta’s sexual preferences, it is now evicted contestant Lucinda Nicholas’ turn to send shock waves. After being evicted from the house on Tuesday, October 17, Lucinda spoke about her experience in the house and talked about how Akash Dadlani made her uncomfortable.

During her stay in the house, Akash was seen trying to ‘woo’ Lucinda on many occasions. This, despite Lucinda outspoken reluctance. She said: 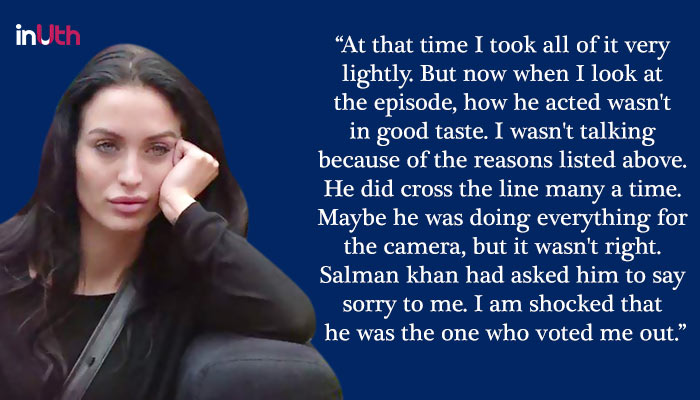 Also read: Bigg Boss 11: From Hina Khan to Shilpa Shinde, here’s how much celebs are being paid per week

She added that he crossed the line many times: 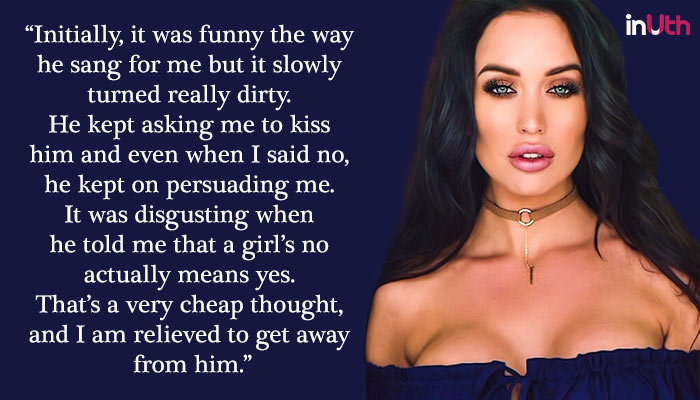 Anyone who has followed the show would know Akash was persistently and doggedly flirting with Lucinda despite no indication from her that she approved or liked his advances. In one of the episodes, he was even seen touching Lucinda’s stomach when both of them were exercising together. Tell us that’s normal and acceptable and we’ll tell you how you’re wrong.

Now that Lucinda has spoken about Akash’s behaviour, we really hope makers of Bigg Boss take some action against him and maybe evict him for his indecent behaviour.