Sunny Leone entered the house to conduct the nomination process of the week. The actress who rose to fame from her stint in the season5 of the show seemed happy to be back in the house once again. The task that Sunny had given to the contestants was a viral one. The housemates were divided into two teams — Team Bani and Team Lopa. And both the teams were asked to make three viral skits each on the set given by the Bigg Boss. Sunny, then had to judge each team’s performance and give points. While Team Lopa won the task and therefore got the immunity for all its members, contestants seemed fully cheered up with Sunny’s entry in the house.

Here’re the five interesting things that happened inside the house when Sunny entered: 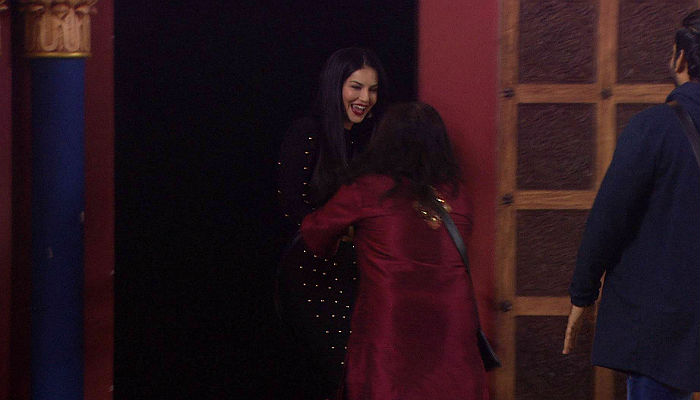 2. After the entire nomination drama, both Sunny and the contestants tried to make a viral skit together in order to entertain the audience. The theme was Sholay. One of the iconic scenes was created where Swami Om turned Gabbar, Manu was the Veeru locked in chain at Gabbar’s den and Sunny was the Basanti who had to dance on ‘Jab Tak Hai Jaan… Jaan-e-Jahan, main nachugi…‘ 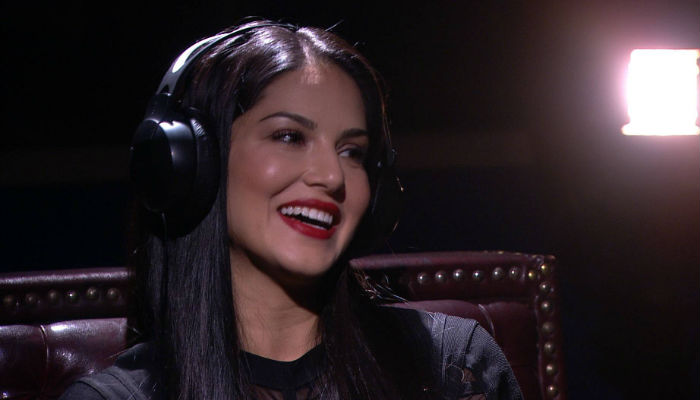 3. While Sunny was leaving the house, the housemates saw Swami Om hugging her and touching her inappropriately. This created a ruckus among the contestants who rebuked Swamiji and asked him to watch his body language with women. 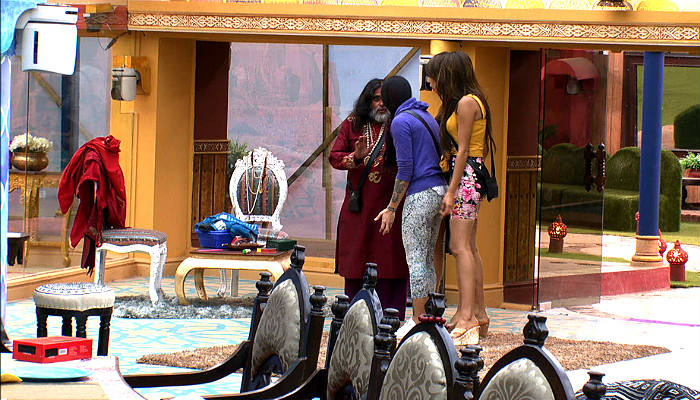 4. While Sunny was still inside the house, Bani objected to Manu’s remark on her. During the task, Manu had used the word ‘maal‘ for Sunny. And this irked Bani who told him to pick words carefully when he’s talking to a woman. 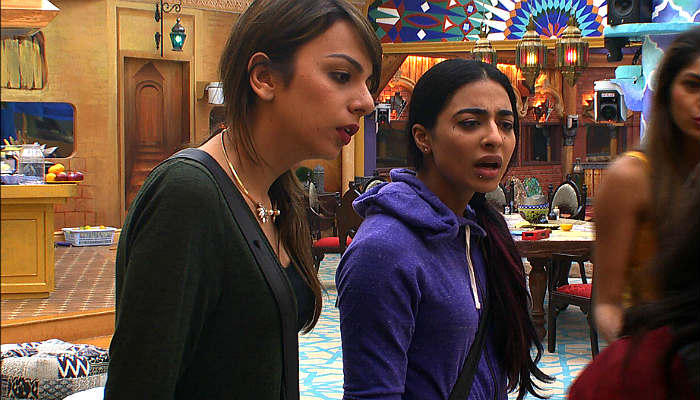 5. The women in the house — Bani, Nitibha and Lopa surrounded Swami ji and shouted at him for behaving in such an inappropriate way with Sunny. Guruji, however, maintained that what he did wasn’t offensive and he’ll keep doing what he wants to. Later, even Manu, Mona and Manveer too asked him to stay away from the female guests on the show.

Well, seems like even when he doesn’t want a controversy for him, he gets one. Swami Om is the best part about Bigg Boss this season. At least, he is setting up examples of ‘how not to treat women’ on national television.