With Bigg Boss 10 finale just a few hours away, the four finalists of the show Manveer Gurjar, Manu Punjabi, Bani J and Lopamudra Raut were given an offer by the Bigg Boss. The offer was to choose Rs 10 lakh over the place in Top 3 and Manu immediately said yes without giving it a second thought.

And everybody outside the house thinks that Manu took a wise decision as somewhere down the line he already knew that his BFF Manveer’s popularity is far more than his.

In fact, Manu lost to Manveer in the ticket to finale task by getting lesser votes and also the feedback of the celebrities is way more positive for the other three finalists as compared to that of Manu Punjabi.

Manu has often been criticised for his game plans and using Manveer as his mouth-piece, but despite all that, their friendship is going strong. 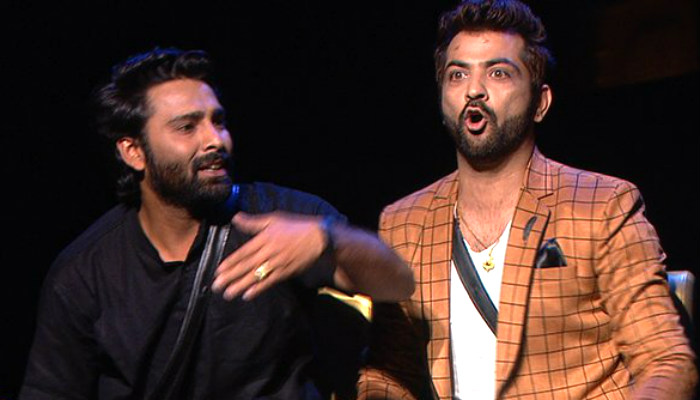 Also read: Bigg Boss 10: KRK thinks Bani J will win and he could be right for once

The Bigg Boss 10 finale is going to be a starry affair and the winner will be announced live by Salman Khan tonight. The show will also be graced by Hrithik Roshan and Yami Gautam, who will be seen promoting their latest release Kaabil.

Kaabil gets a thumbs up from the lovely @BeingSalmanKhan.
He calls @iHrithik and @yamigautam specially to celebrate on @BiggBoss! pic.twitter.com/3TxDfyJJOV

Not only this, we will also get to see some amazing dance performances by Karishma Tanna. Mouni Roy and other popular TV actors. The evicted contestants will also be present at the finale and have some fun gossip session with the finalists and Salman Khan.

After KRK’s claims that Bani J will be the winner of the show, we really think that Manu also knows who the winner is!