Rajinikanth and director PA Ranjith are teaming up for another action entertainer, titled Kaala Karikaalan after the blockbuster success of Kabali. Produced by Rajinikanth’s son-in-law and National award-winning actor Dhanush under his home production Wunderbar Films, the film will be the 164th film of Thalaivar’s acting career.

On Thursday morning, Thalaivar 164 got a title when Dhanush took to his Twitter page to officially reveal the first look. He wrote: “Wunderbar films presents .. superstar Rajinikanth in and as #thalaivar164”

Adding to the news, director PA Ranjith stated that the Style Mannan will be seen playing a man from Tamil Nadu’s Tirunelveli who escapes to Mumbai as a child and goes on to become a powerful don living in Dharavi slums. He is ‘Kaala’ to those who oppose him, and it is also a reference to his colour. Kaala Karikaalan will have many mass action scenes, which are sure to be a visual treat for the Thalaivar fans.

Also read: Shatrughan Sinha is in favour of Rajinikanth’s entry in politics. Read his tweets 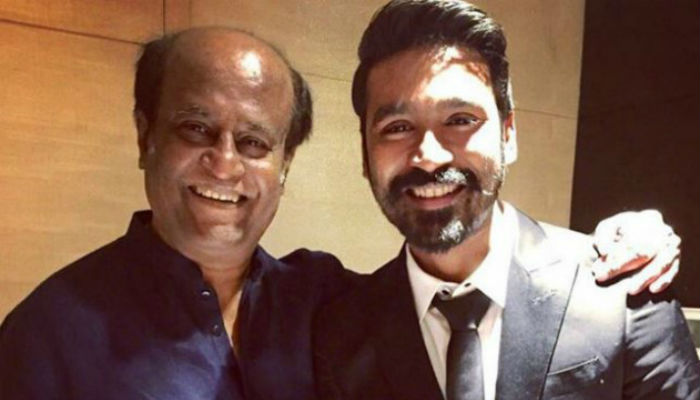 The music of Kaala Karikaalan has been composed by the Kabali composer Santhosh Narayanan while Sreekar Prasad and T Ramalingam has been roped in as the editor and art director of the film, respectively.

Earlier, there were several media reports that Kaala Karikaalan was based on don Haji Mastan Mirza, who was active in Mumbai in 70s-80s. Following the media reports, the son of Haji Mastan Mirza sent a notice to Rajinikanth asking him not to take up the film. However, the makers denied any links to the story of the late gangster.

Meanwhile, there are also reports that actress Huma Qureshi has been signed opposite Rajinikanth in the film. The rest of the cast is expected to be revealed in next two days.