Mahesh Babu’s SPYder has finally got a release date. The film, which is a Tamil – Telugu bilingual is directed by AR Murugadoss who has previously helmed Bollywood entertainers like Ghajini and Holiday: A Soldier Is Never Off Duty. SPYder also marks the Tamil debut of the Telugu superstar and the Telugu debut of Tamil actor-filmmaker SJ Suryah. The movie is being jointly produced by Reliance Entertainment, Leo Productions, Mega Super Good Films, Fox Star Studios, NV Prasad and Tagore Madhu along with the actor-director duo, Mahesh Babu and AR Murugadoss. SPYder features Rakul Preet Singh in the female lead.

On Sunday night, the Tollywood prince took to his Twitter page to reveal the release date of SPYder and announced it as a Dusshera release. He also added that the teaser of SPYder will be revealed on May 31 at 5 PM. He wrote: “#SPYder will come to you this Dussehra! Let’s get the party started with the first glimpse on May 31st at 5 PM.”

The announcement from Mahesh Babu came as a huge relief for the fans as the makers had earlier announced three different release dates in April, May and June. Reportedly, two songs featuring the lead stars — Mahesh Babu and Rakul Preet Singh are yet-to-be-filmed. The shoot of SPYder, is, however, likely to be wrapped up only by June first week. 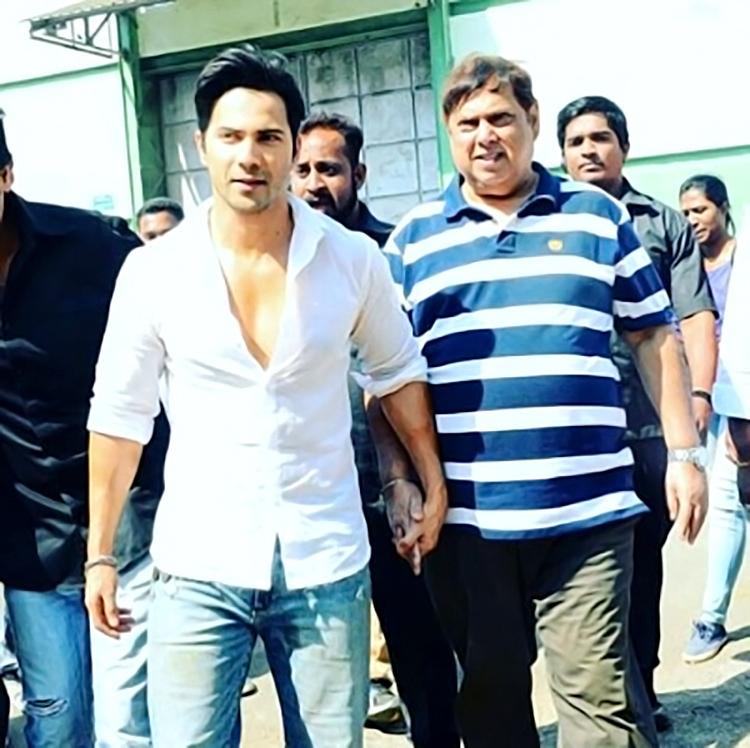 Varun Dhawan with David Dhawan on the sets of Judwaa 2

It will be interesting to see the Box Office clash as post the release of Baahubali 2, Telugu films starring superstars are set to have a wide release in North India as well.