Rajinikanth is back with yet another movie and his first look from the movie was released a few minutes ago. The film titled Kaala Karikaalan has made his fans excited.  As promised by Rajinikanth’s son-in-law and National award-winning actor Dhanush, he revealed the first look poster of the film a few minutes back. The film, directed by PA Ranjith of Thalaivar’s previous blockbuster Kabali fame is bankrolled by Dhanush under his home production Wunderbar Films. Kaala Karikaalan is touted to be the 164th film of Thalaivar’s acting career.

In its first poster, Rajinikanth was seen in a menacing look whereas the second poster featured Thalaivar in an altogether different style as he donned a pair of black goggles. He also wore a black shirt and kavi dothi with a picture of a local place on its background. Going by the first look posters, Kaala Karikaalan seems to be an out-and-out mass entertainer with many mass action scenes, which are sure to be a visual treat for the Thalaivar fans. Rajinikanth will be seen playing a man from Tamil Nadu’s Tirunelveli who escapes to Mumbai as a child and goes on to become a powerful don living in Dharavi slums. Without any surprise, the posters of Kaala Karikaalan have gone viral across the social media thanks to the dedicated Thalaivar fans. 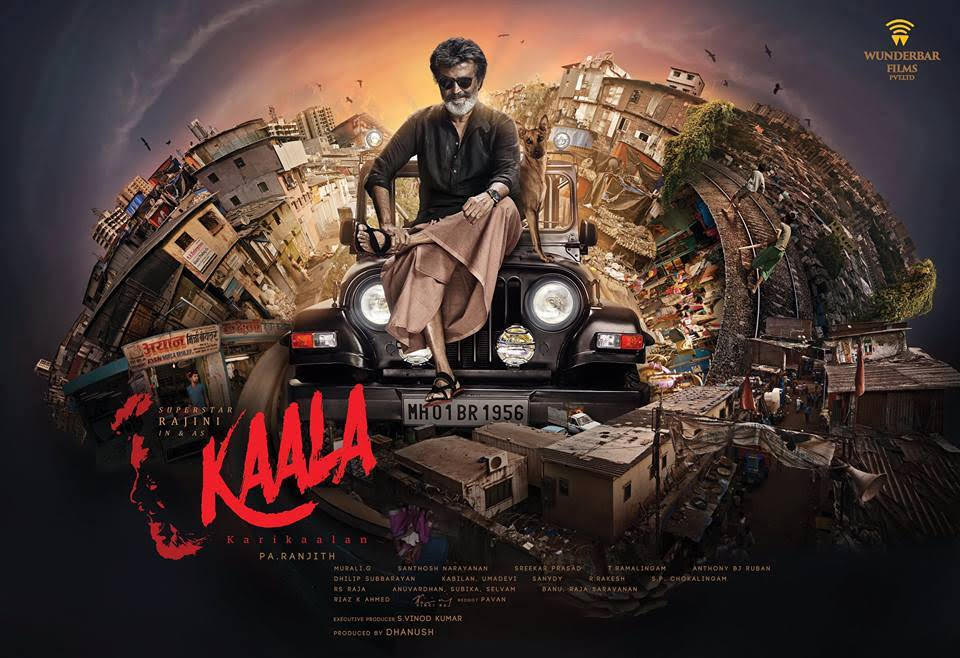 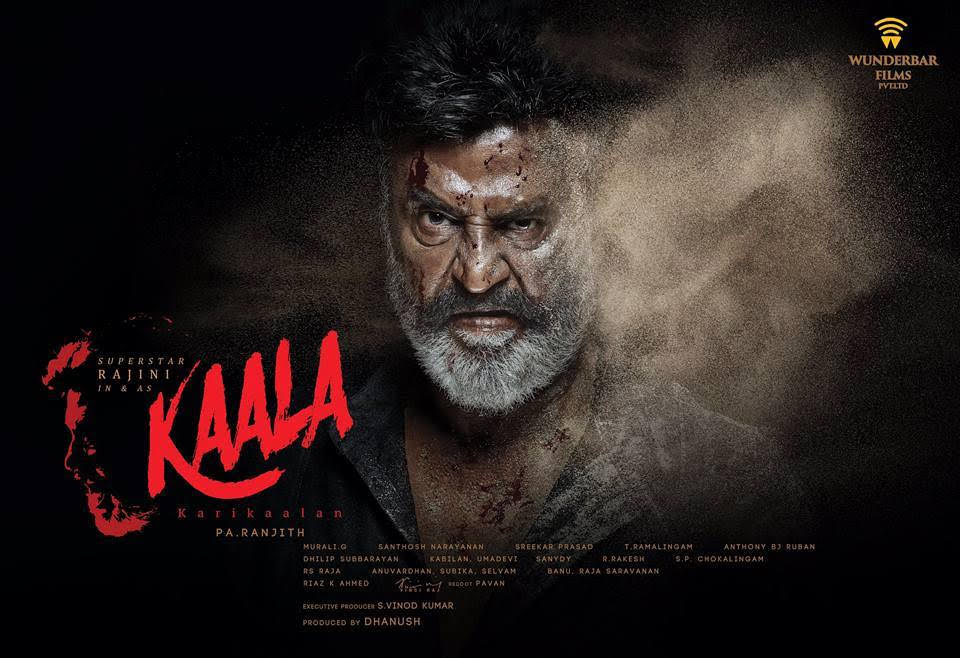 The music of Kaala Karikaalan has been composed by the Kabali composer Santhosh Narayanan while Sreekar Prasad and T Ramalingam have been roped in as the editor and art director of the film, respectively.

Earlier, there were several media reports that Kaala Karikaalan was based on don Haji Mastan Mirza, who was active in Mumbai in 70s-80s. Following the media reports, the son of Haji Mastan Mirza sent a notice to Rajinikanth asking him not to take up the film. However, the makers denied any links to the story of the late gangster.

Meanwhile, there are also reports that actress Huma Qureshi has been signed opposite Rajinikanth in the film. The rest of the cast is expected to be revealed in next two days.