Kamal Haasan is at it again.

The Nayakan actor has earned the ire of many for alleging that Hindu terror has now spread in even right-wing groups.

In his column in Tamil magazine Ananda Vikatan, the right-wingers could no longer claim there is no Hindu Terror.

“Earlier, the right-wing Hindus employed debates, and not force, against people of other religions. Having realised that their attempts are failing, they have started using violence,” he wrote. “There is Hindu extremism in Tamil Nadu, and you cannot say there is no Hindu terror,” he added.

Bharatiya Janata Party, which is trying to gain a foothold in the state, slammed the actor for the article and termed the article as “irresponsible, malicious and false propaganda”.

However, this is not the first time the Vishwaswaroopam actor is making headlines for expressing his views. We have compiled a list of seven controversies that proves he does not like to mince his word

A right wing fringe group Hindu Makkal Katchi (HMK) lodged a complaint against Haasan in July, who was then hosting Tamil version of Bigg Boss, alleging that the reality show uses filthy language and demeans the Tamil culture. The members of the Hindu outfit also held a protest outside the actor’s house in Chennai. However, Haasan remained defiant saying that abusive language is part of the society. In a statement the actor said, “When we cannot stop using a bad word called caste, I hope the words used in the show aren’t as bad as they proclaim.” 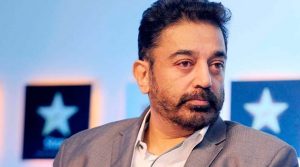 The Tamil Superstar in an interview to a private news channel on March 12, claimed that there was nothing surprising about violence against women in a society which revered the epic Mahabharata, where a group of men used a woman as a collateral during gambling. Soon after his remarks, HMK party members filed a police complaint against him in Chennai. “The actor, who is a Brahmin by birth, is totally anti-Brahmin, anti-Hindu and anti-anything that is good for Tamil Nadu and India,” the HMK president Arjun Sampath had told Hindustan Times. 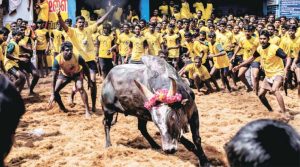 When Pro-jallilkattu violence broke out in January this year following a supreme court ban on the ancient Tamil sport of bull taming, Haasan voiced his support for the festival. Speaking at the India Today Conclave held in Chennai, he said, “If you want a ban on jallikattu, let’s also ban biryani… I’m a big fan of jallikattu,” adding that he has himself played jallikattu many times. Refuting the similarities with Spanish sports where bulls were harmed and killed, the actor said,“It is about taming the bull and not causing them physical harm by breaking its horns or other parts,” he had said. 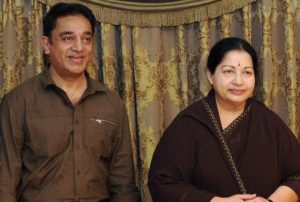 At a time Tamil Nadu was reeling in shock following the death of its chief minister Jayalalithaa, Haasan did not shy away from taking potshots at those who purportedly benefitted from her. The actor posted a Tweet that landed him in the eye of the storm.

The tweet said, ““I feel for the people those who are dependent on her. Deep condolences to those concerned.”. He was criticised for using a sarcasm even at the time of someone’s demise. 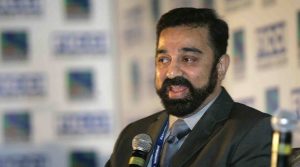 Haasan’s film Vishwaroopam was made on a whopping budget of Rs 96 crore. Released in 2013, the film ran into several controversies. The film was banned in Tamil Nadu for the fear of communal violence. The Tamil Nadu Muslim Munnetra Kazagham also criticised the film alleging that it implies all Muslims were terrorists. Later, in an interview with Puthiya Thalaimurai, Haasan revealed that he had suffered over Rs 55 crore loss during Vishwaroopam. Without taking the name of Jayalalithaa, then Tamil Nadu chief minister, he said,”It was that one person… the person who was in power. It wasn’t the communists or the DMK.” 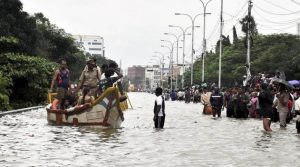 The actor once again sparked a row after he sharply criticised the haphazard manner the state government’s handled the Chennai Floods in 2015. In an interview to Firstpost, the actor said, “It’s a nightmare for the poor and the middle class. The rich should feel guilty. I am not so rich and yet I feel guilty when I look outside my window and see how people in my city are suffering.”
“It will take Chennai months to get back to normal even when the rains stop. Where is all of the taxpayer’s money going? I don’t take black money. I pay my taxes. What is being done for me and my people with my hard-earned money?”