After receiving the flop status at the Telugu Box Office, Tamil actor Suriya’s Singam 3 has flopped at the Kerala Box Office as well. Directed by Hari and produced by Gnanavel Raja, the action-entertainer marks the third series of Singam franchise. Singam 3 stars Anushka Shetty and Shruti Haasan as female leads.

Singam 3, which had released on 9 February to an excellent response through out the opening weekend dropped considerably from the first Monday. But on its second Friday, Singam 3 crashed badly and find not much takers on its second weekend at the Kerala Box Office. The action entertainer has grossed just Rs. 1 crore on its entire second week, which is bad considering the kind of opening Singam 3 registered on its opening. Upon its release, the Suriya starrer has minted Rs 7.25 crore at the Kerala Box Office.

Similar to the reason of its fate at the Telugu Box Office, Singam 3 was bought for record prices across the Kerala Box Office and this has worked against the film to loss. 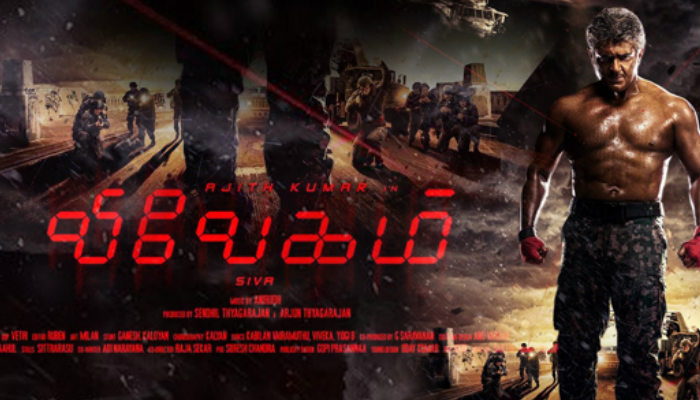 Now, all eyes are on superstar Thala Ajith’s upcoming film Vivegam at the Kerala Box Office. The official first look of the film, which had released on 31 January 2017 features Thala Ajith in a beefed avatar by flaunting his six-pack abs for the first time with the usual salt and pepper hair style. The poster, which comes with a caption ‘Believe In Yourself’ went viral across social media as well. Vivegam also marks the third collaboration of Ajith – Siva duo after the blockbusters Veeram and Vedalam.