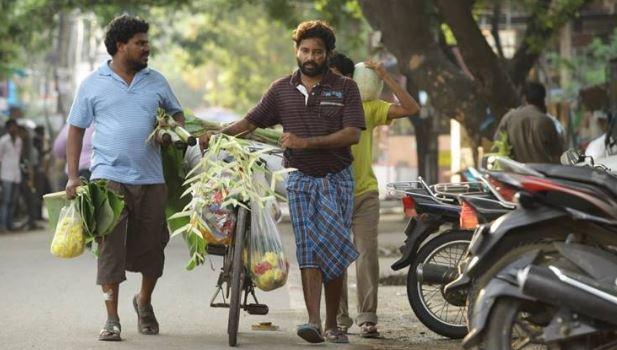 “Out of the 29 movies in the competition, ‘Visaranai’ was chosen by the jury unanimously,” filmmaker Ketan Mehta, jury chairperson of Film Festival of India (FFI), said here.

A post from the official Twitter handle of Vetrimaaran’s banner Grassroot Film Company, read: “We’re on cloud9!!! ‘Visaranai’ has been chosen to represent India at the Oscars.”

Last year, India put Marathi film “Court” in the Oscar race. “Mother India”, “Salaam Bombay!” and “Lagaan: Once Upon a Time in India” are the only Indian films that made it to the top five in the Best Foreign Language Film category at the Academy Awards.

Well deserving #Visaranai heads to the Oscars!Congratulations to the entire team @dhanushkraja @VetriMaaran and my director @Samutirakani

Some of the film celebrities have poured in their wishes on Twitter. Actor Allari Naresh wrote: “Well deserving ‘Visaranai’! Congratulations to the entire team.” Singer Chinmayi Sripaada is “Already rooting for ‘Visaranai'”.

Actor-producer Krishna Kulasekaran also congratulated the “Visaranai” team on the micro-blogging site.  “Visaranai” was produced by Dhanush, who had released the film under his home banner Wunderbar Films.

Based on the novel “Lock Up” by auto-rickshaw driver-turned-writer M. Chandrakumar, the film is about organised crime within the police force. It also throws the spotlight on police brutality.

“Visaranai” features Dinesh, Samuthirakani, Ajay Ghosh and Kishore in the lead. It is the ninth Tamil film to have been chosen as a hopeful to bring the Oscar statuette to India. Kamal Haasan’s “Hey Ram” (released in 2000) was the last film in the language to compete.

The film earned critical acclaim earlier last year when it had its world premiere at Venice International Film Festival. It also won National Film Awards. It is expected to release soon as “Vicharana” in Telugu.