While everybody is congratulating Sunny Leone for her iconic song Laila Main Laila in Raees, the actress is a bit disappointed with the ones calling her song a dance number. There is just a glimpse of the song in the trailer and people went crazy after looking at it. The song is not yet released, but the actress keeps on updating her fans about the same and recently shared a new still of the song on her Instagram account.

Sunny looks smoking hot in the picture and that blue attire is what makes her even more stunning. Not only people from the film industry but King Khan’s wife Gauri also praised Sunny for her hard work and dedication in the song. Raees stars Shah Rukh Khan in the role of a wicked bootlegger and also stars Pakistani actress Mahira Khan in the lead role. The movie will hit the theatres on January 25 next year.

Also read: Raees: Is one glimpse of ‘Laila’ Sunny Leone worth Rs 4 crore? 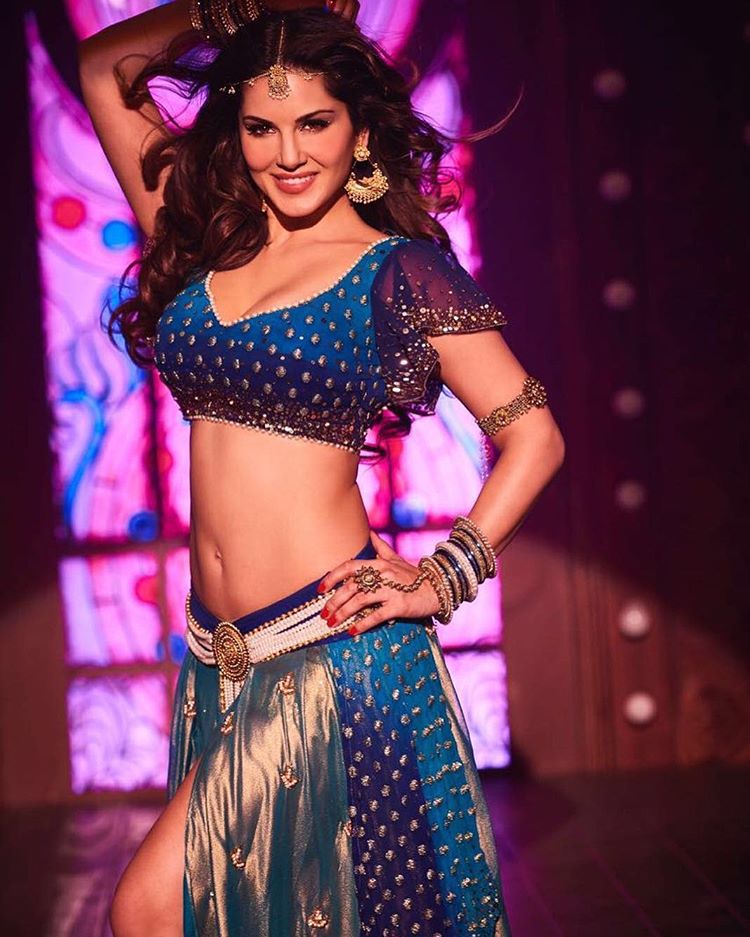 Sunny Leone, who will be seen dancing to Zeenat Aman’s hit number Laila Main Laila is grateful to SRK and director Rahul Dholakia for giving her the chance to be a part of Raees team. The actress took to twitter and wrote:

There are certain people who can change ur life in entertainment& Mr @iamsrk can!!Thank u! @rahuldholakia sir thank u4 giving me a chance! pic.twitter.com/aaHNoY3hn3

But Sunny is really miffed with people for categorising songs as item number and said that a lot of work went into the song and she doesn’t understand what the term item means. In an interview with IANS, the actress said:

I feel that this particular song has an important part to play in taking the film’s story forward. I don’t understand what the term item number means anyway. From the beginning, Bollywood films have had some of the most amazing songs and people look forward to that. I don’t see songs as bad or weird. When I was growing up, I didn’t know what an item song was. I remember enjoying all the songs. I personally don’t feel there’s anything wrong with the songs.

Well, we really hope that people understand her point and see her hard work before passing any judgements!