Sridevi, Nawazuddin Siddiqui and Akshaye Khanna have teamed up for the first time in Mom. The trailer of the movie released a while ago and it seems like a movie that is worth waiting for. The trailer leaves many questions unanswered, the most prominent one being- what happened that spoilt Sridevi’s picture perfect life. The over two-minute trailer gives a sneak peek into the life of Sridevi and also hints that an unfortunate incident forced her to take desperate measures.

In the movie, the veteran actress plays the role mother of two daughters- Devki. Despite having a loving husband and two amazing daughters, Devki doesn’t seem quite happy. One of her daughters Arya, doesn’t accept the love of Devki wholeheartedly. Devki waits patiently for her to accept it but an unfortunate incident increases the distance between them. How Devki tries to take her life into her own hands forms the crux of the story. 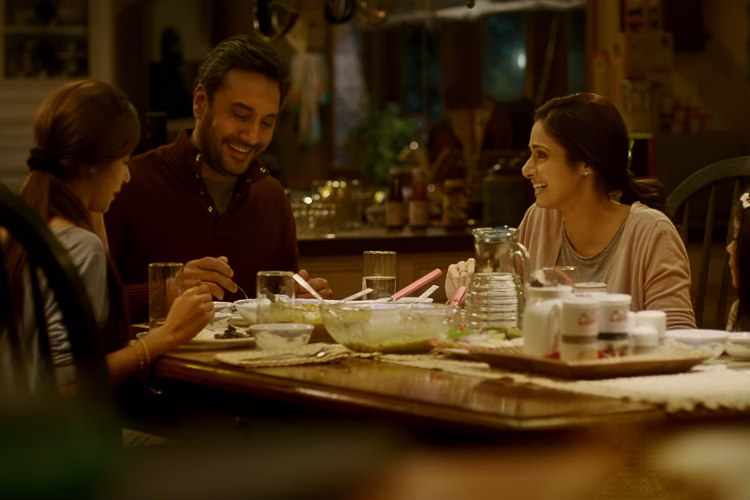 Sridevi in a still from Mom trailer (Courtesy: YouTube/Zee Studios)

Also read: This look of Nawazuddin Siddiqui from Sridevi’s MOM justifies how looks can be entirely deceptive

While Sridevi convincingly pulls off the role of the mother, it is the role of Nawazuddin Siddiqui that grabs attention. As the half-bald man DK, with a  different accent, Nawazuddin is all set to impress, it seems. His demeanour in the trailer cannot be given a miss. Another actor who seems to have done a decent job in the movie after looking at the trailer is Akshaye Khanna. In the movie, he plays a no-nonsense man who is hell bent to reveal the secrets of Devki. 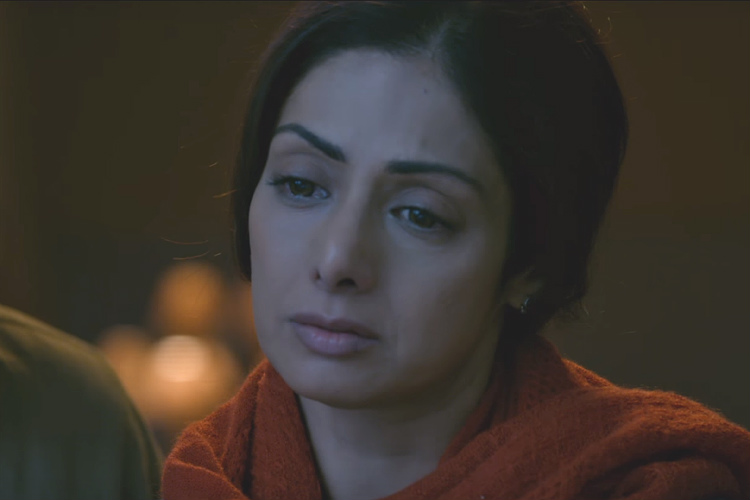 Sridevi in a still from Mom trailer (Courtesy: YouTube/Zee Studios)

Also read: The motion poster of Sridevi’s Mom will remind you of your mother’s undying love for you

Slated for a release on 7 July, Mom seems to be a promising watch. Sridevi returns to the silver screen with Mom after a break of 5 years, her last movie being English Vinglish. Ravi Udyawar has helmed Mom which is produced by Boney Kapoor and Zee Studios.