When it comes to surprising their wives some husbands are the best. Recently, Raj Kundra planned an impromptu surprise along with his son Viaan on Shilpa Shetty’s reality show. The father and son waited at the wing of the reality dance show Super Dancer where Shilpa Shetty along with Geeta Kapoor and Anurag Basu are the judge.

And later, Viaan just went up on to the stage and danced on his favorite song Tattad Tattad from Ranveer Singh’s film Ram Leela. Shilpa was however taken by surprise and the excited mom joined her son in dancing.

“All eyes were on Viaan as he danced to Ranveer Singh’s song from Goliyon Ki Rasleela Ram-Leela, ‘Tattad Tattad’. Soon everyone, including mum Shilpa, joined in to shake a leg with the little one,” says a source close to the production. 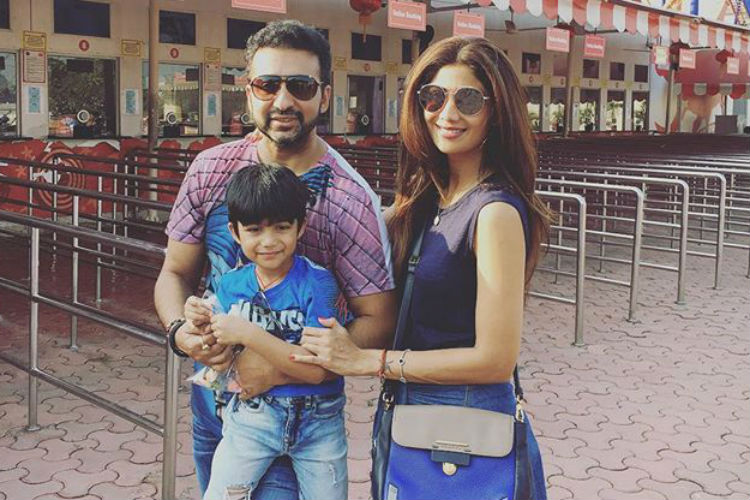 Viaan will be seen on the Children’s Day episode of the Sony TV channel’s show Super Dancer. This is Viaan’s first TV appearance. During the launch of the show, Shilpa claimed that her son can’t even do (dance) half of what other kids are doing on the show.

“I have seen many 4 to 5 year-old kids on the show. I wonder how they do it because my son can’t even do the half of what they are doing at the age,” said Shilpa

However looks like the 4-year-old has proved his mom wrong here. He has sure got his mom’s dancing skills. We can’t wait to watch this cute munchkin shaking his leg on TV.

Till then, watch some promo here:

Want a magical treat? Watch the performance of Laxman and Siddhant in #SuperDancer #ChildrensDay special this Saturday at 8 pm.@geetakapur pic.twitter.com/g3H8atyRsn