Shah Rukh Khan has started shooting for his upcoming movie that is helmed by Aanand L Rai. This untitled movie has been in news since it was learnt that Shah Rukh Khan will essay the role of a dwarf in it. A few days ago it was revealed that Katrina Kaif and Anushka Sharma will be seen opposite him. The superstar has now spoken about this project and said that people told him the movie will not work because of his role. Shah Rukh Khan said that this is the reason why he wants to prove people wrong and knows that Aanand L Rai will do it with this movie.

Speaking to a leading daily, Shah Rukh Khan said, “So, some people are saying, ‘Oh, you are playing a dwarf, it’s not going to work.’ They say that about every film without knowing anything. It’s not disturbing that people think so, but the idea is that since we know what people think, we will pull off a lovely story.”

Heaping praises on Aanand L Rai, Shah Rukh Khan said the director knew his story. Giving the example of Aanand’s previous movie, Shah Rukh Khan said that his movie is based in the heartland and places which the director knows well. “It’s never been about wanting to do a heartland film or an overseas film. When I work with Karan Johar, people say that ‘Oh he does these films because overseas it’s great’. No, I just do these films because Karan’s a good director and so is Aanand. Strangely enough, both of their films work in the heartland as well as overseas,” said Shah Rukh Khan. 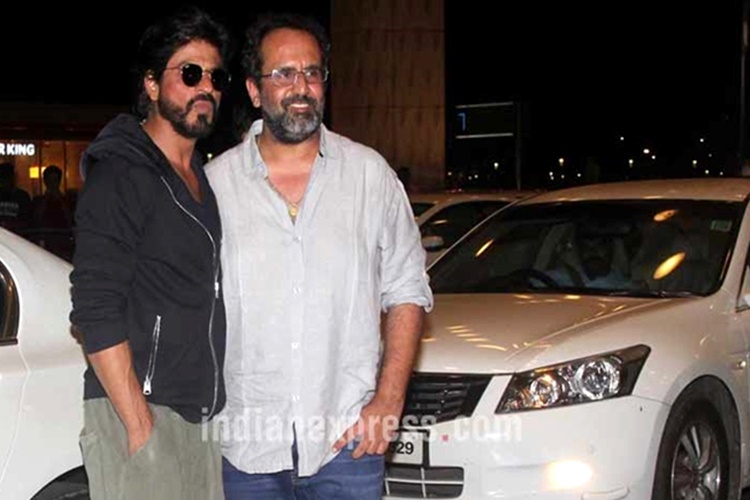 won’t be able to walk on his knees so VFX will have to do the trick. He also said that it would be challenging to keep it real.

“My VFX team has been working on it and I am sure we will be cracking it. You would like to have more feel to an actor and shoot it like a regular film and still be able to do it. So, we are trying to figure out and we are doing R&D already,” Shah Rukh Khan added.

Shah Rukh Khan confirmed that the title has not been finalised. He also revealed that the movie will be funny in parts but will mostly be a love story. Let us see how different the movie turns out to be.