It is a known fact that if there is one leading actor from the old generation who ‘gets it’ about jumping into the unknown and taking grave risks — it is Saif Ali Khan. It’s not just his awareness about his craft, but also the general wisdom on life, on box office success and failure.

ALSO READ: Of love, family, and being known as Saif’s sister: Soha Ali Khan’s memoir is a rib-tickler

And he was his usual candid self on the podcast with Anupama Chopra and Rajeev Masand, where he spoke about the dismal failure of Chef, being lackadaisical with movies, and about son Taimur.

Talking about his meeting with Saif on the sets of Sacred Games (a Netflix original movie, adapted by Vikramaditya Motwane and Anurag Kashyap), Masand recalled how the actor casually joked around saying he was free to do anything now (considering Chef was a flat-out failure). 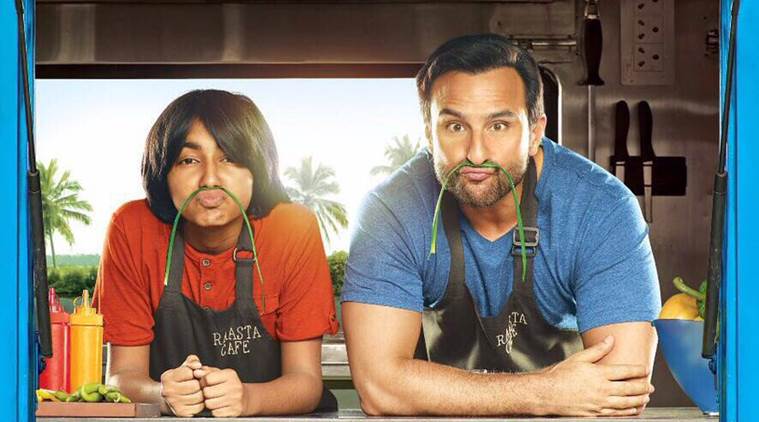 People over here live in their own world. They think of themselves as Indian, but they don’t know what’s happening in the country or what is required of a Hindi movie. They want to change cinema, like Raja (Krishna Menon, director of Chef) likes European cinema.”

Saif shared that he was unhappy with the first trailer of Chef, which was apparently cut by a first assistant director and not by the director himself. Saif said:

I don’t enforce my view, but I sometimes see that it’s going a bit sideways. I try and do my best as an actor. I sent him a message asking who cut the trailer with six question marks. I did not respond to his message and it was over and that was that.”

Looking back at the failure of Rangoon and Chef this year, Saif  said he was slightly better prepared for his job as an actor now, than he was earlier. He said he didn’t mind doing these movies because at least the intention was to make a good movie. 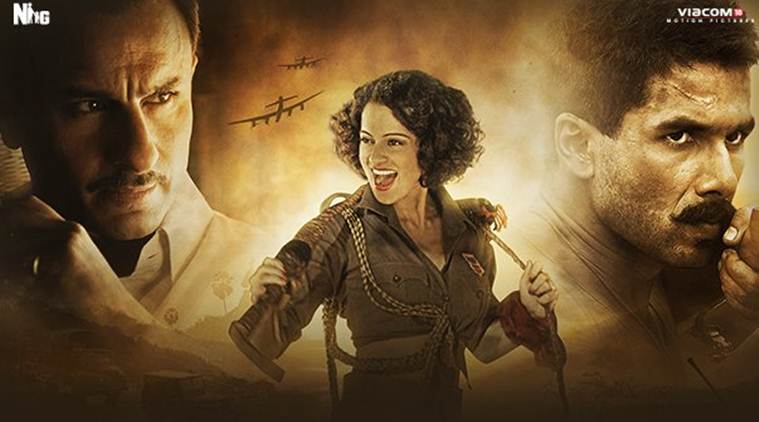 He expressed remorse about getting lazy about some of his other movies like Kabir Khan’s Phantom:

I wish I had put some more thought into the role. Thinking that okay, so I’m a hired killer called Phantom and maybe I should go and buzz my hair, and get a scar something like The Punisher.”

The actor also spoke fondly about his father and how watching him pass away made him consider matters of mortality even more seriously.

It is a momentous for someone to see his father breathe his last. And then you think about the good looking man from the 60s who was famous, who has now ended up on a hospital bed attached to a ventilator. So it becomes clear, that’s where all of us are headed.

He also spoke about his superstar son Taimur and he was going to get the ‘talk’ as soon as he could comprehend, and insisted that he grow up well-mannered.

He’s a genetic marvel. He has blue eyes…I think he is part-Rabindranath Tagore, has bits of Raj Kapoor, some of Mansoor Ali Khan Pataudi and then a bit of Bhopal in him. (laughs) 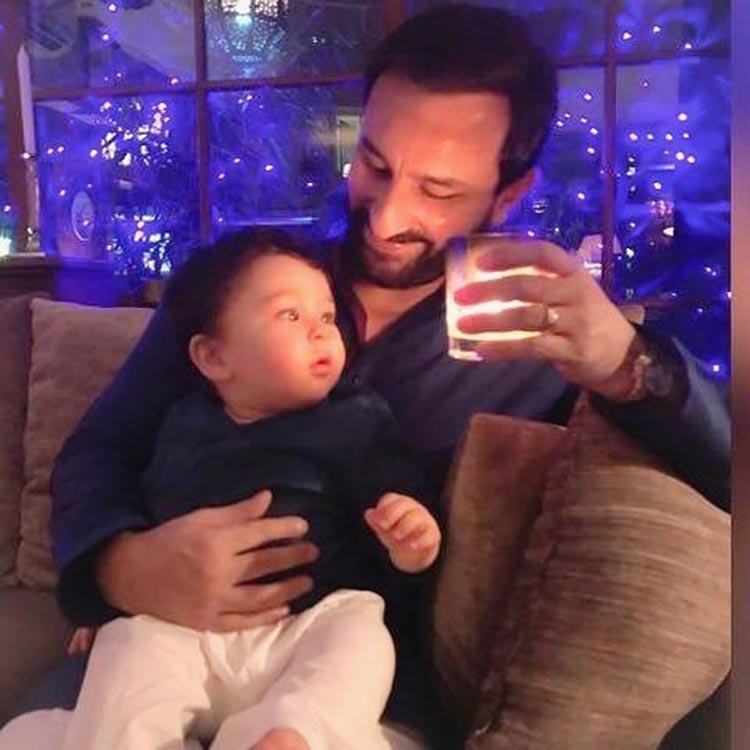 Taimur Ali Khan is fascinated with the Diwali lights

Saif has a busy year ahead of him with Akshat Verma’s Kaalakandi releasing this month, and Sacred Games, Bazaar and Navdeep Singh’s next, all lined in 2018.

You can listen to the whole podcast here.